Are leaders born or made? Do leaders make the times, or do the times make leaders?

These questions are more than philosophical. When it comes to leadership, it’s important to know whether the people at the top of the organization chart are effective leaders, how to support them and what they can do to support themselves. It’s not hyperbole to say that leadership can make or break an organization.

So, are leaders born or made? The answer is simultaneously dissatisfying and understandable: It’s both. Let’s discuss a few key ideas that play a role in learning and developing effective leadership skills.

Is There a Genetic Predisposition to Leadership?

When it comes to human behavior, we can have genetic predispositions that aren’t expressed unless we’re in the right environment. A 2007 study of female twins suggested that “32% of the variance in leadership role occupancy was associated with heritability.” In other words, there was a genetic component, but it was far from the whole story. Researchers concluded that prior life events and work experience also have an impact on leadership.

In a 2019 study, meanwhile, researchers concluded that to be an effective leader, you first must be ready to lead, with traits like self-confidence as well as training.

Who Can Learn to Be a Leader?

Can you teach leadership? Yes — but not everybody is ready to accept instruction and use it to become a leader. Do leaders need to be at the top of the organizational chart? Can people in the middle or the bottom, without the authority to create strategy or influence resource distribution, still be leaders? Absolutely.

In a 1961 Harvard Business Review article, the late college president W.C.H. Prentice reminded us that “leadership is the accomplishment of a goal through the direction of human assistants” — a “human and social” achievement that “stems from his understanding of his fellow workers and the relationship of their individual goals to the group goal.”

There’s nothing there about planning and budgets, and “the direction of human assistants” does not necessarily imply organizational authority. Simply put: Leadership is the ability to accomplish goals through others, which means that strategic professional development offerings have the potential to turn any staff member into a powerful leader.

Leadership is the ability to accomplish goals through others.

What if Somebody Doesn’t Want to Be a Leader?

A 2017 paper by University of Toronto investigators cited previous research that found that engineers have an aversion to the word “leadership” — but “when reframed as professionally relevant forms of influence, three distinct orientations to leadership emerged from the data: technical mastery, collaborative optimization and organizational innovation.”

As another example, in many nonprofit organizations, with their mission focus, democratic culture and structurally flat organizational charts, many employees experience a similar reluctance to overtly taking on the mantle of leadership — which is OK. It doesn’t matter whether somebody wants to be recognized as a leader as long as he or she accomplishes the mission with others — and you can certainly teach that skill.

What Is the Impact of Early Leadership Experiences?

In hereditary leadership scenarios, such as with European royalty, the expectation at birth was that the crown prince would become the next leader. His leadership was viewed as natural; in a literal sense, he was born a leader.

The democratization of early leadership training came with the rise of industrialization. Perhaps the best examples come from the explosion of youth organizations of the late 1800s and early 1900s, such as scouting, YMCAs, sports leagues and other clubs and groups. British military leader Robert S.S. Baden-Powell firmly believed that people could learn leadership at an early age. In 1907, he tested his concepts with 21 boys on England’s Brownsea Island, leading to his publishing of the first part of “Scouting for Boys” in 1908 and kicking off the global scouting movement.

Baden-Powell was a pioneer in several ways. First, he dispelled the myth that leadership was a “natural” skill exclusive to the wealthy upper class. Perhaps even more importantly, he showed that practical, hands-on instruction could teach leadership skills.

What about people who weren’t on a team or in a troop as a child or who didn’t study leadership in college? With the right training and resources, anyone can learn to be a leader.

How Can Leaders Build Self-confidence?

Self-confidence could be an accidental path to leadership. After all, as humans, we’re drawn to others who seem to have self-confidence.

Developing the self-confidence to become a good leader often requires training and experience in the topics employees will need to understand in order to lead. Once someone becomes a master of the subject, others will flock to him or her for guidance. In the research on engineers and leadership discussed by the University of Toronto investigators, one of the three qualities of people who avoided the title of “leader” but were actively seen as leaders was technical mastery. It makes sense; if you have technical mastery over a process, others can likely see your self-confidence, making you a leader among your peers.

Over the years, researchers have pointed to communication, accountability, commitment, passion, delegation, empowerment and other traits as “attributes of a successful leader.” The good news is that anyone can cultivate these attributes, whether he or she is an extrovert or introvert, logical or emotional, realist or dreamer.

Leadership isn’t an ethereal quality endowed upon a special few. It’s possible to define leadership and then teach and apply it. It might help if there’s some genetic predisposition — but the most important thing is to learn!

Editor’s note: Don’t miss our infographic on modern leadership development, which shares insights from learning leaders like this one.

It’s possible to define leadership and then teach and apply it. 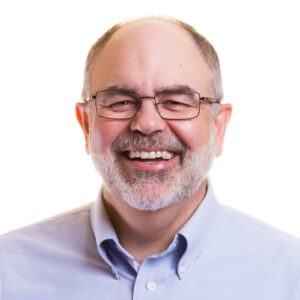 Matt Hugg is president and founder of Nonprofit.Courses, the author of “The Guide to Nonprofit Consulting” and “Philander Family Values: Fun Scenarios for Practical Fundraising Education for Boards, Staff and Volunteers,” and a contributing author to “The Healthcare Nonprofit: Keys to Effective Management.” Matt teaches fundraising, philanthropy and marketing in graduate programs at Eastern University, the University of Pennsylvania, Juniata College and Thomas Edison State University and is a popular conference speaker.