As a leader, it falls to you to determine who on your team does each job. How do you handle the tasks no one wants to do?

The Task Everyone Wants to Do

First, consider the more popular tasks — the ones that have multiple volunteers willing to take them on. This situation is one I’ve dealt with many times. In one instance, I had three people who wanted to do the same task. Of the three, one of them had been doing it for years, while the other two had never done it.

I started by asking each of them to talk about their purpose — how they could put their soft skills to work to support the team’s and the company’s purpose. I asked them to describe how the tasks they were currently doing fulfilled that purpose and how the task they wanted to do would fulfill it.

It was a critical moment. I needed to make sure my people could walk each task back to purpose. Having practiced this tactic many times before, my employees were well-versed in connecting their tasks to their purpose. If they couldn’t make the connection, then they shouldn’t take on the task.

After discussing each person’s thoughts on the connection to purpose, I encouraged them to talk about their personal attachment to the task. It’s vital to encourage your team members to examine this feeling. They need to say why they want to do the task, discussing it openly and honestly and really owning their decision.

As you’re having these conversations, people may realize the task doesn’t suit their soft skills, or they may discover they really don’t want to do it, after all. If doing the task requires them to give up a task they love, they may change their mind about it. It can be much harder to assign tasks that no one feels excited to perform.

The Task No One Wants to Do

There will inevitably be a task that everyone hates, which is an uncomfortable and difficult situation for a leader to navigate — especially when everyone enjoys a task. You can’t return to the traditional authority of immediately assigning the task, but you also can’t give your team members whatever they want. You’ll be tempted to take the path of least resistance, but resist that urge. You can’t bypass efforts to reach fulfillment for your team members and yourself.

You can’t bypass efforts to reach fulfillment for your team members and yourself.

Keep in mind that the focus of this conversation will always depend on your team’s valuable input, so don’t expect the same outcome every time. It will evolve as you and your team members do. To guide you and your team through assigning the task no one wants to do, first, reiterate the purpose to everyone by reviewing the company purpose and/or the granularities of each individual’s purpose. Remind them that everybody has committed to accomplishing the purpose.

Your next step is to identify whether the task still fits within the purpose. Make sure everyone is on the same page regarding whether it does or does not fit. If not, go back to the drawing board, and filter the task back through purpose again.

Once everyone is on the same page, figure out why no one likes to do the task. Is it the way it’s being done? Is it the technology (or lack thereof) used to accomplish it? Find out what the struggle is, and look for opportunities for innovation. This process should be a conversation, not a dictation. Listen to what your team members have to say. If they tell you the software that they’re using is slow, which causes a delay in finishing a report done quickly, someone else in the room may have an idea for another way to generate the report. Give them that platform to work through solutions instead of giving up.

If you still haven’t found a way to assign the task, remind your team that its fulfillment isn’t isolated. Encourage them to look at people outside your team. Ask if another team or another person has a purpose that’s better suited to this task. If so, you can begin having conversations about what it may look like to transition the task to that person or team.

If you’re still at an impasse after these efforts, review again whether the task is a requirement or something the team wants. You may be able to phase it out if not. Your last resort is to ask who is willing to own it for the team, which could mean you volunteering someone for the task. This solution is not a great one, but the situation may call for it.

Ideally, if you’re having the right discussions with your team, and everyone is aligned with the company’s purpose, you’ll be able to find a solution that leaves each of your employees feeling fulfilled.

If you’re having the right discussions, and everyone is aligned with the company’s purpose, you’ll be able to find a solution. 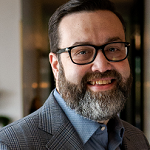 Chris Meroff has spent more than 25 years supporting leaders in education at both the campus and district levels. His business, Alignment Leadership Consulting, teaches leaders how they can boldly pursue a workplace culture that prioritizes employee fulfillment. This blog post is adapted from his new book, “Align: Four Simple Steps for Leaders to Create Employee Engagement Fulfillment Through Alignment Leadership.”