How people experience working with you contributes directly to your presence and capacity to influence others. Here’s an example.

Andy’s manager asked me to coach him to help him increase his visibility with stakeholders and his peers and provide direction to his team. Well-liked and respected by his team, Andy was so understated that he was invisible. His boss told me he rarely contributed in meetings, and he thought Andy might be out of his depth.

Andy and I talked. His voice was so quiet, I could hardly hear him, although we were sitting close to one another. I asked him why he was quiet, and he told me he has always been quiet – it was his nature. He was worried that he would be inauthentic if he shifted his approach. I noticed that that Andy had defined himself narrowly and decided to explore that idea with him.

He told me he was an experienced technical expert, was empathetic, had wise judgement, was an agile decision-maker and was a good listener. I proposed that he reconsider the configuration of his identity, moving “being quiet” into the background and his other qualities into the foreground. Andy laughed, saying, “My technical expertise is what people come to me for.” He developed a vision for himself with new qualities in the foreground.

The outcomes developing leaders set are crucial for creating a future vision. Andy set the following outcomes for coaching:

What changes did others notice? With coaching, Andy provided direction to his staff, and he became clear on the outcomes he wanted from every meeting he participated in. He learned to provide a process for others to participate in meetings, and he contributed early in groups. As he bought more of his personal qualities to the foreground, his boss noticed Andy’s peers were asking him for his thoughts and perceptions. Andy was making the contributions that his manager had hoped for, and, to his relief, he realized had an astute, experienced leader on his team.

Shifting how you are perceived takes grit, courage and a psychological shift. By identifying clear outcomes for coaching, identifying success measures, and accepting and bringing the talents and attributes they have to the foreground, leaders can be successful in that shift.

Being quiet isn’t going to influence anyone. Being perceived as thoughtful, perceptive and astute is. What are the qualities you are known for? What might you bring to the foreground, and what might you let fall into the background of your professional identity?

The time of coaching for skills, tools and techniques is over. They have little value for leaders and their relationships other than providing short-term solutions. New learning methods are required. Leaders are seeking specific behavioral results that others can see and experience – behaviors that enhance their authenticity and ensure business results. 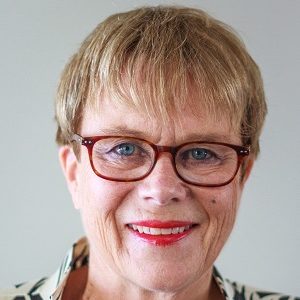 Diana Jones is a leadership coach and advisor, and author. Her book, “Leadership Material: How Personal Experience Shapes Executive Presence,” was released by Nicholas Brealey Publishing in April 2017.