Sometime in the last year, a post on LinkedIn caught my attention. An HR manager was seeking opinions on how to handle a brilliant cancer researcher who was creating a toxic work environment for his colleagues. This prominent scientist was a destructive bully … who just might cure cancer. He was literally making people emotionally and physically sick in order to help people not be sick.

Some people responded that nothing could be done. This researcher’s special talents entitled him to lord his egomania and dysfunction over people (short of breaking the law). Others said that there are psychologists and coaches who could help address this situation to everyone’s benefit. What was really at issue was the lack of managerial courage on the part of the executives, who were cowed into complicity. Many suggested that chances for success of the cancer research would greatly increase in a work environment of respect rather than tyranny.

It’s an extreme example, but it speaks to a situation that is common when new people are hired: Managers tend to give lower priority to the skills that enable a person to interact effectively and harmoniously with others. Although study after study shows that soft skills significantly boost business results, hiring for soft skills often gives way to acquiring prized technical or hard skills. This phenomenon applies to many job categories, not just engineers, data scientists and cancer researchers.

But I’m not here to talk managers out of hiring based primarily on technical chops. Many soft skills can be developed through training, especially for people who are early in their career or in their first leadership job. The problem is that many companies wait a long time to develop people’s soft skills, if they do it at all. On average, it takes four years for new managers to receive leadership training.

Many soft skills can be developed through training, especially for people who are in their first leadership job.

The good news is, it’s not difficult to learn communication techniques and behaviors to collaborate, coach, listen, demonstrate respect, express understanding and empathy, create an inclusive and engaging environment, and build trusting relationships, just to name a few.

The reason so many of these soft skills are developable is because they are largely about the words used when speaking with others — words people already know. Consider the difference between saying, “Help me to understand what concerns you about this change” and saying, “We are making this change whether you like it or not.” Which one would you rather hear? With practice, most people can learn to use phrases that encourage rather than undermine productivity and good relationships.

The key is to make sure that training implementations are timely and designed in a way that will truly change behavior. Telling people they need to be nicer or more collaborative doesn’t work. Effective training requires a few things:

There are some soft skills you might safely, but temporarily, “forget” when hiring for specific, hard-to-find knowledge or technical skills. The notion that we can fill all positions with perfect candidates is wishful thinking. To meet the ever-increasing challenges of hiring talent, we must make tradeoffs. However, to avoid costly and embarrassing hiring mistakes, you need to apply some science to this calculation.

Managers need to know which soft skills are actually critical to the work, which are developable, and which are nearly impossible to change in a person after he or she is hired. For example, skills that are hard to train include:

Skills that you can teach include:

The difficult-to-develop examples are more about attributes than skills. If any of these qualities are necessary to do the job, it’s best to hire someone who comes with them.

Finally, consider whether or not the job in question demands that both soft and hard skills must be in place beforehand. For example, Nasa’s job requirements start with the hard skills, such as a science degree and “1,000 hours of pilot-in-command time in jet aircraft.” But soft skills like communication, listening, teamwork and emotional intelligence are considered equally essential.

When we think of the problems caused by people who lack soft skills, stories like the bullying cancer researcher captures our attention. Less obvious, but more common, is the co-worker who is overly critical, the supervisor who doesn’t listen or rarely gives a compliment, the service rep who is rude to customers, the meeting leader who doesn’t clearly convey the meeting purpose, or others who don’t realize when they are being insensitive or inappropriate.

Hiring people with perfect soft skills? Sometimes, you really can forget about it — as long as you help people develop the relevant skills once they’re on the job. Achieving business success without a workforce that can apply effective soft skills? Forget about it.

Managers need to know which soft skills are developable and which are nearly impossible to change. 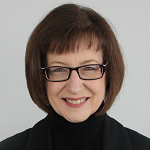 Diane Bock is a senior consultant at global leadership consulting firm DDI and is passionate about helping organizations drive business results through people.

Solving the Skills Gap and Supercharging Your Leadership Pipeline