When leaders struggle to communicate effectively under duress inside and outside the organization, it’s clear there are gaps in communications training in a wide variety of businesses, organizations and government.

We might think that leaders in resource-rich, intelligence-rich organizations would use sound, reliable, poised communications under pressure, deftly managing reputation risk and crisis. Yet, leaders immersed in scandal and crisis often compound the issue with miscalculated, underwhelming or egregious responses and poor problem-solving. How are organizations currently training for successful internal and external reputation risk management? What are the common training gaps?

First, let’s quickly examine the evidence. Consider the major ongoing crises for big brands such as Boeing, Facebook, Google, Wells Fargo, Johnson and Johnson, Monsanto or the White House. All of these organizations have figurative scarlet letters attached to them and are seemingly unable to understand their failures of crisis communication and problem-solving.

Boeing slowly shuffled to the media after two fatal plane crashes, assigned blame to pilots as a form of crisis communication, denied problems with the plane’s software and training, and topped it off by demonstrating a seeming lack of empathy. CEO Dennis Muilenburg was out of his element, ill prepared for the moment.

If you had contacted Boeing before its crisis, it likely would have shown confidence in its executive communicators, their poise and the company crisis communications plan. Yet most crisis management professionals were disappointed in or aghast at Boeing’s performance after the crashes. Its communications team and corporate attorneys simply were not prepared.

They were not alone, however. Facebook’s communications in the face of privacy violations and its alleged influence on the 2016 U.S. presidential election were similarly ineffective. They involved denials, feigned ignorance, a failure to grasp the gravity of the problems, conflict avoidance, dancing around questions, and co-founder and CEO Mark Zuckerberg’s joking about allegations and later downplaying them. Do these examples demonstrate effective communications training, or do they reveal assumptions of competence and blinds spot — and, thus, overconfidence and disappointing, costly reputation risk management damage?

When leaders struggle to communicate effectively under duress, it’s clear there are gaps in communications training.

It’s easy for leaders to become comfortable with the status quo of communications and then fall into the dangerous trap of confirmation bias when it comes to higher caliber training. Too often, they ignore the critical need for training that acts as insurance against variable costs — tangible and intangible — to both the organization and the leaders’ careers.

What Training Decisions Can Organizations Make Instead?

First, leaders should realize that their organization’s internal reputation is vital to its external reputation, yet it is often undervalued or not even considered. Leaders can learn how to communicate with employees in a more personal, socially aware and empathetic way, especially in the face of the harsh storms of scandal and crisis. This training must be continuous and supported by coaching.

Secondly, leaders who communicate externally must be trained in poise, humility, social awareness and empathy if they were not hired for those traits. (Yes, each can be trained and coached). The assumption that all high-level personnel are skilled in composure, can respond to crisis without being defensive, and can speak with humility and empathy is false.

Organizations should also provide training that helps leaders understand how an audience — whether it’s the media, the public at large, clients and customers, prospects, investors, board members, or other stakeholders — thinks and feels. They’re human, and they expect to be communicated with as such, instead of being ignored or “talked at.”

In communication, emotions matter. If leaders don’t understand the expectations stakeholders have of them, they will almost assuredly fall short or fail in their communications efforts. That audience will say that they “just don’t get it.”

Crises happen. That’s why it’s imperative to incorporate crisis management into communications training, help leaders develop it as a strength and a habit, and provide training in self-awareness and emotional regulation. Without this foundation, organizations will continue to struggle with higher risk, forfeited trust and credibility, and legal ramifications.

Without crisis mangement, organizations will continue to struggle with higher risk and legal ramifications. 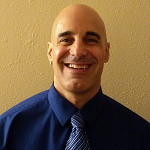 Michael Toebe is a specialist for reputation and crisis, serving organizations and high-profile individuals in the capacity of adviser, consultant, coach, trainer and communications lead. He publishes the newsletter Reputation Times, is writing a book on reputation crisis and regularly contributes to business magazines.

Trial by Virus: How COVID-19 Exposed Leaders’ Strengths and Weaknesses

How to Organize a Great In-person or Virtual Leader Forum

Lessons From Leaders: Similarities and Differences of Great Leaders