Even when people are motivated to treat each other with respect, they may not actually be on the same page about what “respect” means in practice. In a survey aimed at determining how people interpret probabilistic words such as “often” and “possibly,” researchers discovered that people not only broadly interpret general terms such as “real possibility,” but they also do not agree that “always” means “100% of the time.” With such wide interpretations of seemingly obvious words, are we surprised that there can be considerable variation in more ambiguous words like respect?

To curb conflicts that may stem from misalignments of meaning, leaders can work with their team to create a team charter, which provides a common understanding of acceptable practice. Two clients of mine, whom I’ll call Chris and Jenna, were in need of such assistance when we first met. In their case, the conflict arose from a misunderstanding around the phrase “team player.”

When it came to the consulting practice they had started together, Chris and Jenna were each responsible for a different area, but they routinely needed to collaborate on creating joint solutions for their clients. In this instance, they had met with a client, who asked them to submit a written proposal by 4:00 the following Tuesday.

It was at this point that the seeds of conflict were sown. Chris was notoriously late in submitting materials – so much so that it had already created a significant strain on the relationship. With the deadline looming, Jenna worried that Chris wouldn’t submit his work on time, and she was right. As the clock ticked closer to the deadline, no emails were forthcoming from Chris. By Tuesday at noon, with only four hours left to turn in their proposal, she gave up and wrote the entire proposal herself, stamped “draft” on it and sent it to the client, copying Chris on the email.

Ten minutes later, she received an angry phone call from Chris, accusing her of “throwing him under the bus” and “making him look bad in front of the client.” Worse still, “she clearly wasn’t a team player anymore.”

Now, Jenna understood that she risked not doing Chris’ side of the proposal exactly right, but with the deadline only hours away, she thought she was being the ultimate team player by taking care of the proposal and sending it on time. In fact, she felt she was doing the lion’s share of the work and saving face for him. She had also purposefully written the word “draft” on the document and told the client that they welcomed feedback.

To Chris, this definition of “team player” was not remotely close to his. To him, team players present a united front; they work together so there are no surprises. He would never forward a document to a client without seeking Jenna’s feedback or input first.

As odd as it may seem, both Chris and Jenna are right. Here’s the catch: Each of them is using a different definition. Faced with this realization, they worked together to create a common understanding, including behavioral expectations for the future, which they captured in their team charter. Their working relationship improved significantly, and each felt respected and valued by the other.

Another advantage of the charter is that it empowers employees to hold each other accountable. For example, if a group agrees that cell phone use is not acceptable during meetings, the next time someone pulls their phone out, the other team members feel more comfortable reminding them about their mutual agreement. Rather than being punitive, speaking up is seen as protecting the core values of the group.

Despite our belief that everyone holds a common understanding of routinely used words, anecdotal and scientific evidence paints a different portrait. Worse still, these misalignments provoke significant conflict and undermine team and organizational effectiveness. Leaders who take the time to have an open discussion around the core values and behavioral commitments of their teams position them for success. To maximize peak performance in their organizations, the best leaders embrace the power of team charters.

Leaders who have an open discussion around the core values and behavioral commitments of their teams position them for success. 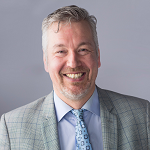 Craig Dowden is the author of the Amazon bestseller “Do Good to Lead Well: The Science and Practice of Positive Leadership” (ForbesBooks, 2019). He is the chief leadership officer (CLO) of Keynote Search, an award-winning firm that supports clients in their quest to find, fit and retain business-critical talent.