Most diversity training programs are based on the theory that the gender gap is largely due to the damaging nature of stereotypes. For example, research shows that when women violate the female stereotype by acting aggressive, commanding or self-assured, others like them less, but when men exhibit such behavior, they are liked more. Because of this likability penalty, we’re told, women are promoted less often and grow less interested in senior roles over time.

To combat these forces, many of the country’s largest companies now offer unconscious bias training, where employees learn about stereotypes and how reduce their influence over decision-making. Despite the popularity of these learning and development programs, they have failed to make even the smallest dent in the number of female managers and executives and, in some cases, have even worsened the problem. The proportion of female managers in companies with more than 100 people hasn’t budged a single percentage point since the year 2000. A 2006 study across 708 companies found that diversity training programs failed to have any effect on the diversity of the workforce.

The most widely accepted reasons for the failure of these programs include the difficulty of overcoming our mental wiring and the resentment such training can invoke among employees. While these hypotheses seem valid, they miss a much larger point: Stereotypes and unconscious bias are not the causes of the gender gap, so undoing them will never solve anything. Even if we could snap our fingers and rid the entire corporate world of stereotypes and unconscious bias, the gender gap would still exist to the same degree it does today.

Stereotypes and unconscious bias are not the causes of the gender gap, so undoing them will never solve anything.

To explain why, we first need to revisit the theory itself. It is certainly true that women are seen as less likable when they act outside the boundaries of a female stereotype. Research on this point is conclusive. However, the critical question nobody seems to ask is, does being unlikeable prevent women from getting ahead?

To answer this question, we first need to look at whether or not being well liked is an important factor in being promoted. A simple thought exercise provides the first clue.

Imagine you work in a large corporation and sit next to two different women, Donna and Carly. Donna is warm and cooperative. She’s always willing to pick up others’ slack and often puts her co-workers’ needs ahead of her own. This attitude makes her a great team player but also a target; people frequently take advantage of her generosity. Carly is aggressive and domineering. Her drive to action means she gets stuff done, but she is also competitive, often taking credit for other people’s work. Because of this characteristic, some of her teammates don’t trust her.

The evidence extends beyond simple thought exercises. A 2002 study looked at which Big Five personality traits were the best predictors of the people who rise to leadership positions. Researchers found that agreeable people (who are well-liked by others) are less likely to emerge as leaders than people who score high on extroversion, for whom a desire for dominance is a key component. They explain the logic of their findings by pointing out that agreeable people tend to be more passive and compliant, so it makes sense they wouldn’t advance at the same rate as their disagreeable peers. However, they also note, “Once they reach the top, agreeable people may be more likely to succeed than those exhibiting the other personality types.”

The inverse correlation of likability and leadership holds true for earnings and across gender. In a study called “Do Nice Guys — and Gals — Really Finish Last? The Joint Effects of Sex and Agreeableness on Income,” researchers found that disagreeable (less likable) men earned higher wages than agreeable (likable) men and that agreeable men suffered a double penalty: one for being agreeable and a second for having violated a male stereotype. Furthermore, they found that the wage gap between likable and unlikable men was much wider than the wage gap between likable and unlikable women. In business, it appears that “beta” men are at a greater disadvantage than “alpha” women.

The inverse correlation of likability and leadership holds true for earnings and across gender.

These studies and many others like them demonstrate that being well liked isn’t the key to career success. It appears to work the opposite way: Disagreeable behavior — which makes you less likable — confers the advantage. This isn’t to say that women who want to be in charge don’t suffer a penalty for it. They do become less likable when they act out of type. This penalty, however, doesn’t prevent them from succeeding and, in fact, it may improve their chances at climbing the corporate ladder.

It’s unfortunate that women suffer penalties for defying gender stereotypes, but this reality isn’t the cause of the gender gap. Even if it were, it is impossible to legislate people’s approval and demand they accept certain behaviors. At some point, both men and women must accept that being disliked is a price that must be paid in pursuit of power.

At some point, both men and women must accept that being disliked is a price that must be paid in pursuit of power. 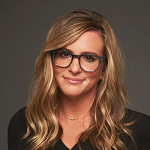 Marissa Orr began her Google career over 15 years ago as a founding member of Google’s sales operations and strategy team, after which she worked as vertical marketing manager at Facebook. Her debut book, “Lean Out: The Truth About Women, Power, and the Workplace,” is out today from HarperCollins Leadership.

4 Ways Leaders Can Repair Broken Trust in the Workplace