For over 50 years, I’ve been on a leadership journey, observing some of the best (and worst) examples along the way. I try to remember both so that I’m able to repeat what I like and remind myself not to repeat what I don’t. This blog post is a sampling of just a few those lessons. Take what you want, discard what you don’t and pass on whatever you think worthy. One of the greatest legacies we can leave is inspiring people to be their best.

A key to effective communication is understanding how your audience will receive your message before you transmit it. Whether engaging with a single individual or an audience of 1,000, it is essential to connect to them in terms they understand. You can send the same message to a 26- or 60-year-old, man or woman, private or general, CEO or line worker; it doesn’t matter who they are if you’ve first figured out how to connect with them.

As Dr. Frank Luntz wrote, “It’s not what you say, it’s what people hear.”

In 1989, I wrote out my “philosophy of command.” I was about to take command of what ultimately became a combined arms task force of about 1,000. I wanted to ensure, from the first day, that my soldiers understood what I believed to be important. Written almost 30 years ago, the foundational principles outlined in this philosophy steer me to this day.

Don’t let people struggle to figure you out. Tell them early and often what’s important, and then lead.

Don’t let people struggle to figure you out. Tell them early and often what’s important, and then lead.

3. The Importance of Self-awareness

In the federal government’s Senior Executive Service, every three years, we’re required to take a 360-degree evaluation, which solicits input from our boss, peers and subordinates. The evaluation is extensive, asking many questions and leaving room for comments. It also asks that we rate ourselves.

It’s important for leaders to have an accurate sense of self-awareness. If a leader is so unapproachable that people can’t be frank and honest, the organization has problems that typically flare up unexpectedly at the times when they are most disruptive. Leaders should encourage open communications both vertically and horizontally across an organization.

Legend has it that as a general entered Rome after a large victory, standing behind him on his chariot was his slave, tasked to remind the general that – though he was at his peak today – tomorrow he could fall. He told the general, “Memento mori” (“Remember, you are mortal”).

Ethical behavior is non-negotiable. As you become more senior in your organization, it’s all the more important to memento mori. What counts is not the cheering crowd but your what the citizens say and think when your chariot passes.

Personality assessments are often administered in the federal government and in the business sector so people can learn about themselves. Importantly, they learn there are different types of personalities that have strengths and weaknesses – but that are different from their own.

The more senior your role, the broader the responsibilities and span of control you have, but there’s still only 24 hours in a day. How do you keep everything moving forward? In a word: delegate.

A 1999 article in the Harvard Business Review tells the story of a leader who organizes his time to the minute. Mid-week, one of his subordinates enters his office with a difficult problem. The leader is busy; says, “Send me a memo”; and adds that task to his list. It happens three more times with three other subordinates, and on Friday, his inbox is overflowing. Frustrated, he decides to return to the office on Saturday morning to catch up. On his way to work, he passes the golf course and sees those four subordinates playing a round.

What happened? Those employees had shifted the “monkeys” onto the leader’s back.

I tell my employees that they own the monkey. If they need help, I’m there, but I’m not the action officer. President Eisenhower is said to have mused, “Don’t ask me what to do; give me workable courses of action, and I’ll tell you what to do.” Delegation gives a leader a precious resource: time.

In addition to delegating, learn to be an organizational cheerleader. Inspire people to do their best, and praise them when they do. Foster a climate where people want to come to work because of your leadership.

I once worked for a three-star general who expected excellence in all we did and was pleasant to work for. A colonel on our staff told me one day, “General So-and-so was the hardest guy I’ve ever worked for.” Taken aback, I asked him why, and he responded, “Because I never wanted to disappoint him.”

There are four types of mentors: assigned, self-appointed, sought after and what I call virtual mentors. I have experienced all four, but the virtual type has been the most valuable to me. Virtual mentorship is understanding your environment and learning from it. What you see others do or say are habits that you can easily adopt.

Good leaders don’t patent their behaviors; they willingly pass them on. Let your greatest legacy be that you passed on the best leadership traits you learned from others.

Let your greatest legacy be that you passed on the best leadership traits you learned from others.

This story is one that I borrowed from someone else and often pass on. You may have heard it: A professor is discussing with his class the issue of establishing priorities. He pulls out a large glass jar and fills it with rocks. He then asks the class, “Is the jar full?” The class answers, “Yes.”

The professor pulls out a bag of sand and pours it in the jar. The granules run around the rocks to the bottom of the jar, and when the sand level reaches the top, he asks the class, “Is the jar full?”

The class responds, “Yes, now the jar is full.”

The professor then pulls out a pitcher of water and pours it into the jar. The water finds its way through the rocks and the sand and reaches the rim. He asks the class, “Is the jar full?”

The students tentatively say, “We think so….”

The professor tells the class that the rocks represent what is most important in life. It could be family, faith, health, a job, a bucket list or even money. What matters is that we put the rocks in the jar first. If we put the water and sand in first, not all of the rocks will fit.

I was a hard-charging combat arms officer when I found myself on the list for both colonel and command. My boss called me into his office one day and told me that he had both good and bad news: I had been selected to command a base rather than what I had spent 20 years preparing for: a combat arms brigade. I thought, “There must be some mistake. I don’t know anything about running a base and, frankly, I’m not interested in learning.”

It took me about three months to learn that this turn of events was the best thing that happened to me. I learned more about people and how the Army worked than I would have on the traditional Army path. I was joining their team and needed to learn quickly how to adapt to their environment. I served more than 45,000 constituents and customers. My leadership style needed to adapt to this different environment, or I would fail.

This experience helped me grow as a leader and prepared me for the rest of my career, both in uniform and beyond. My career – and my life – was positively shaped by taking the non-traditional path. I have no regrets.

In the movie “Saving Private Ryan,” three of four brothers have been killed in combat, and the chief of staff of the Army decides that their mother will not lose her surviving son. He orders a mission to find Private Ryan and bring him back.

He tells Private Ryan of the death of his brothers and says that his orders are to bring him home. Private Ryan refuses.

“What are we supposed to tell your mother?” Captain Miller asks.

“Tell her I was here,” Ryan responds. “Tell her I’m with the only brothers I have left. There’s no way I’m going to leave this bridge.”

If you’ve seen the movie, you know that Captain Miller dies on that bridge, but right before he does, he whispers into Ryan’s ear, “Earn this … earn it” – in other words, don’t to let his or his men’s sacrifice go without purpose.

The movie flashes forward about 50 years, and we find Private Ryan – now an old man – standing over Captain Miller’s grave. With tears in his eyes, he turns to his wife. “Tell me I have led a good life. Tell me I’m a good man.” She says he has, and he salutes Miller’s grave. 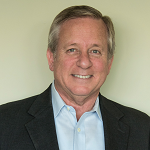 Craig Whelden spent 30 years in an Army uniform, followed by seven years in the private sector and the last eight years as a member of the Senior Executive Service (SES) with the U.S. Marine Corps. Learn more about him; his passion of “passing forward” leadership lessons; and his new book, “Leadership: The Art of Inspiring People to Be Their Best,” at www.craigwhelden.com.

Is It Too Soon to Plan for Your Team to Regroup After COVID-19?

The Art of Being Indispensable at Work

The Importance of Promoting Self-leadership