When I was a partner at a $2 billion-dollar venture capital fund on Silicon Valley’s fabled Sand Hill Road, we had three practice areas around clean technology, health care and what we called “IT.” IT, of course, stands for “information technology,” but it’s also what we all think of when we can’t get a presentation to display or audio to work. We tend to think of IT as a cumbersome, frustrating domain where we’ve all been lost before. Ultimately, at the venture capital fund, we reframed our thinking about IT. In the training industry, we should do the same: IT is vocational, but technological understanding is fundamental.

Upon reading Yuval Noah Hariri’s book “Sapiens,” I was struck by how education has lost the context around subjects and how they fit together. High school students move from biology class to chemistry class to physics class, but the concepts are not necessarily linked to one another, and they certainly are not linked to the human emergence within this natural world. For example, we aren’t taught that from biology comes anthropology, or the study of humans as a subset of biology. From anthropology, we don’t intuit that history is merely anthropology as long as we’ve had the written word to describe human progress. Furthermore, we don’t recognize that politics, economics, sociology and other social sciences are interrogations of human history and how we have chosen to self-organize as a species.

In short, we might think about the cosmos and the Big Bang; the convergence of atoms in basic chemistry; and how, over millions of years, they came to form the basis of life, or the study of biology. But rarely has anyone meaningfully connected those dots.

These connections are even more noticeably absent in the world of technology. A new tool comes out, or a new coding language emerges, and we hear about new attempts to adopt and teach it. We hear the new paradigm – web development, app development or AI – lauded and incorporated into a new digital humanities or science, technology, engineering and math (STEM) curriculum. But for most, if not all, there is no context regarding how those pieces fit into previous paradigms or the sequence of emergence. Most of us view technology as IT – something transactional and tactical, a discrete skill to add to the quiver.

Most of us view technology as IT – something transactional and tactical, a discrete skill to add to the quiver.

In thinking about technology education and training, we might take a step back to remember how the origins of the sciences and the humanities are not discrete worlds, or two separate cultures, but emerge from the same history and evolution. One cannot exist without the other. As biologist E.O. Wilson says, the sciences are the study of the natural world, and the humanities are the study of human nature and our role within the natural world.

With technology, we might help learners understand artificial intelligence, but first, we must break down the buzzword to consider that it is merely probabilistic automation based on inputs, human logic and neuroscience. Various competing metaphors and notions about intelligence have been mechanized into code. It is not an abstract concept but heavily dependent on a number of other subjects, ideas and thinkers.

We might also teach employees about machine learning but recognize, again, that it’s an iterative way for a machine to find patterns in information too massive for human computation. When we teach basic programming, it ought to begin with logic, not with the specific and arbitrary syntax of one language or another. It ought to begin with learning about someone like Claude Shannon, who essentially created the information age by considering how all information could be transmitted through binary (effectively on/off) switches. What began as mechanical became technological. Today, we are so far away from the roots of technology that we might gasp when we reconsider the fact that the internet has physicality: It’s a series of tubes and cables that run under the ocean. We talk about “the cloud” but overlook that it actually consists of centrally owned, redundant racks of servers that hum in cool, energy-rich climates like Iceland. It’s very much down to earth.

In many ways, we think about technology as if we were teaching political science without reference to history or the context of anthropology. When we think about the transactional, tactical ways we teach technology, we ought to pause and consider how we might put it in context . It is this contextualization of technology that provides an incredible opportunity to people who are not technologists. It is incumbent upon these outsiders to bring a lens of other subject matter expertise to help connect the dots, to rescue us from the possibility of turning everyone into a mediocre coder. They are the people who can help us teach for understanding, teach for metaphor, and teach for context and lateral thinking within these new tools.

Just as contemporary art can be appreciated but makes no sense without the context of history, interpretation and response, sometimes, the way we teach technology leaves learners staring at a blank canvas. We need to train art critics as well as painters. Not everyone needs to become a coder, but all of us need to understand the context of technology and how it supplements and augments all subject matter that has come before it.

Not everyone needs to become a coder, but all of us need to understand the context of technology. 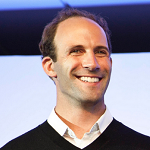 Scott Hartley is a venture capitalist and the author of “The Fuzzy and the Techie: Why the Liberal Arts Will Rule the Digital World” (Houghton Mifflin Harcourt, 2017), a Financial Times business book of the month now available in half a dozen languages around the world.