Considering ongoing calls for action against racial disparity across communities, many employers and organizations have been considering their own roles in perpetuating or working against those disparities. At the center of this complex issues is the question of education: Who has access to it, and how can we extend it to more people?

According to the National Skills Coalition, only about 27% of U.S.-born Black Americans and 15% of Latin American immigrants have earned an associate degree, compared with 45% of U.S.-born white Americans. Obviously, this discrepancy creates an unlevel playing field, as it is often the case that the more educated a job candidate is, the more likely he or she is to be hired. In fact, Americans who hold a bachelor’s degree (but no graduate degree) make about $32,000 per year more than Americans whose highest degree is a high school diploma. Lack of access to education appears to be a driving force in America’s inequitable job market, though even with a degree, Black workers are more likely to be unemployed than white workers.

Information technology (IT) training programs make it easier for working adults, particularly those who haven’t had the privilege of access to formal education, to learn valuable skills they can use to climb the economic ladder and obtain higher-paying jobs. Tens of thousands of Americans from disadvantaged groups struggle to earn enough money to provide for themselves and their families each year. By offering affordable and even free IT training, employers and education providers are equalizing opportunities for Americans, regardless of race, gender or socioeconomic factors.

The term “skills gap” refers to a mismatch between the skills an employee or potential employee needs to perform at optimal levels and the skills he or she possesses. According to McKinsey, almost 40% of U.S. employers say they cannot find employees who have the skills they need. New technologies are being developed and mainstreamed every day, and workers need to be able to keep up by learning new skills and keeping them sharp.

As a report by Accenture, Burning Glass and Harvard Business School notes, “Business leaders must champion an employer-led skills-development system, in which they bring the type of rigor and discipline to sourcing middle-skills talent that they historically applied to their materials supply chains.”

“Middle-skills jobs,” or skills that require more education than a high school diploma but less than a four-year degree, make up a large portion of the American job market, which is becoming increasingly dependent on internet skills and software. IT training programs cover many of those skills, which workers can master without a bachelor’s degree.

Workers need to be able to keep up by learning new skills and keeping them sharp.

Creating an Equitable Workforce by Building IT Skills

According to Indeed, “computer skills” are among the top 10 skills hiring managers look for, which makes sense, especially after the major shift toward working from home in 2020. Web development is a sought-after skill, especially when you consider that almost every business has a website, and many conduct some of their sales and marketing online. Modern business and commerce exist on the internet, so workers need an arsenal of tools to create, learn and work in this constantly evolving space.

Tens of thousands of workers have not had the same access to education as others have, making it more difficult for them to advance within their industries. IT is an opportunity to bridge this gap. As a new, constantly growing space, demand is high. The future of business relies on technology, and skills in areas like website development can make a person who hasn’t had those formal educational opportunities a competitive job-seeker, capable of earning more and embarking on a rewarding career.

If you conduct business online or if your employees use computers on a regular basis, IT training is crucial. In the web and software development industry, nothing stands still. New technology makes business faster, safer and more efficient, and educating your workforce accordingly is a mutually beneficial way to promote an equitable environment.

When it comes to racial injustice, offering IT education to your workforce is a way to be a part of the solution. Furthermore, it’s easier than ever to do so in a way that enables employees to fit learning in-demand skills around their busy schedules. Companies that provide accessible IT training are leading the way in democratizing the workplace by creating opportunity.

In the 21st century, technology training is an invaluable tool, and investing in it can lead to a more equitable workplace.

Companies that provide accessible IT training are leading the way in democratizing the workplace by creating opportunity. 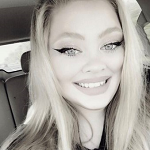