The ultimate aim of diversity training is to increase a workforce’s awareness of other people’s backgrounds, in order to create a more cohesive team. In fact, there is a growing body of research demonstrating that diversity offers a host of benefits, from increasing revenue to stimulating innovation.

When asked this question, many people tend to describe an image of an ethnically diverse team with an equal amount of men and women. While that depiction is on the right track, workplace diversity covers more than race and gender. It’s crucial that people think more broadly to achieve true workplace diversity.

Diversity Is Pointless Without Inclusivity

Diversity training is rooted in the principle of inclusivity. No one should feel excluded or marginalized at their workplace, but the complexities of human experience make it difficult to include every potential difference when it comes to diversity training.

Race and gender often receive top billing in diversity training sessions, which is understandable. After all, not only are they two of the most easily identifiable characteristics in a physical sense, but they have also both been at the forefront of the public consciousness for many decades.

Other identity categories, such as sexual orientation, disability and religion, are often not as immediately visible. Furthermore, characteristics such as socioeconomic status and political affiliation are changeable and often dependent on environment. Some people might be less confident in sharing their ideas if they feel that their perspective or background sets them apart from everyone else, especially if others presume their beliefs based on appearance or stereotypes.

As well as the social dimensions mentioned above, there are various other aspects to diversity, including nationality, life experience, education, job position, relationship status, pregnancy and parenthood, health … and the list goes on. There are many different ways to think about diversity, and it’s virtually impossible to give each dimension an equal amount of attention — indeed, many are overlooked altogether.

The Problem With Focusing on Specific Groups

While the general consensus is that diversity training is worthwhile, there is research to suggest that it can sometimes damage workplace cohesion.

One of the main problems is that diversity training can focus too narrowly on certain groups, which detracts from the goal of nurturing an inclusive organization. It often puts too much emphasis on integration and pointing out differences, without explaining how differences should be respected or demonstrating the benefits they can offer. This approach can not only make people from underrepresented groups feel singled out but can also breed resentment among the other participants.

Diversity training is rooted in the principle of inclusivity.

There’s no single right or wrong way to go about diversity training. It can take many forms, and what is effective for one workplace may not be for another. What’s important is that the training emphasizes the core principle of inclusivity throughout the process.

Broadly, however, diversity training generally involves two components: awareness training and skills training. The awareness stage intends to help people understand the world as someone from a different background experiences it. As well as exploring the concept of unconscious bias, this training will typically involve discussing testimonials or engaging in role-plays and, as we have discussed before, will not be able to cover the experiences of every social group.

The skills stage builds on awareness and aims to develop learners’ soft skills to help them communicate more sensitively with people from diverse backgrounds. Ideally, participants will learn to question their initial perceptions of others — especially if they are negative — and work toward treating everyone as an equal and celebrating difference.

These two aspects, while distinct, are dependent on each other. Simply raising awareness about other people’s differences may only exacerbate entrenched prejudices or make individuals feel singled out. Likewise, working on developing people’s communication skills is much less effective if they struggle to recognize individual differences or potentially awkward situations that may arise from unique backgrounds and life experiences. Effective, purposeful diversity training, therefore, integrates both awareness and skills development.

Stop Box-ticking, and Look at the Bigger Picture

The bottom line is that diversity training shouldn’t be an endless slideshow that lists all categories and subcategories of social groups and identities. That approach is tedious and does not teach employees how to use their new knowledge in a meaningful way in the workplace.

While it’s important to give the most prevalent groups attention, it’s imperative that the main goal of the training is fostering inclusivity for all. After all, everyone is different. Everyone has different personalities and experiences. It’s for this reason that everyone should be open-minded and willing to put themselves in each other’s shoes.

It’s About the Team, Not the Individual

Organizations should encourage discussions about difference and take every opportunity to listen to the experiences of members of underrepresented groups. Thoughtful and consistent diversity training can help set the foundation for these conversations.

However you conduct diversity training, make sure the underlying principle is of inclusivity, not exceptionality. Celebrating differences in the team will widen perspective, deepen understanding and achieve something better than any individual could do on his or her own. Workplace diversity training should be about building a team of individuals who work effectively together, not despite their differences but because of them. 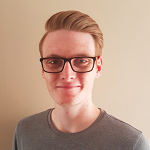 Dan Gates is a growth marketer at Applied, specializing in marketing for the technology and financial sectors.