Protests in support of the Black Lives Matter movement have inspired many corporations to take an honest look at their own diversity — or lack thereof. Chief executive officers of major companies took to social media last year with carefully crafted statements of support and promises of real change. While well-intentioned, they often rang hollow, because words without actions do not meaningfully increase diversity. There is a false notion that proximity to people who are different will result in meaningful change. However, without action to bridge gaps and without reflecting on one’s own first-hand experience, diversity initiatives will be superficial at best and offensive at worst.

The Challenge: Leading a Homogeneous Life

While hiring a diverse staff is a necessary first step, a diverse workforce does not guarantee an inclusive workplace. Without true integration, these efforts to address diversity only scratch the surface. Unfortunately, I have worked with many people who claim they are in favor of diversity but who don’t do the work to develop trusting relationships outside their comfortable and familiar identity group.

My work as a cross-cultural consultant started in my work with Japanese expatriates in Fortune 50 companies who had been sent on assignment to international locations like London, Houston and Sao Paolo. The vast majority of these expats were middle-aged, Japanese men, and they were hard-working, intelligent and eager to succeed. However, they often did not develop strong, trust-based relationships with local people.

They often cited “language differences” as the reason they did not go to lunch, engage in small talk or invest time in nurturing relationships. But I knew there was something more at play. Studying English in Japan begins in junior high school, so while many of the expats may have been uncomfortable speaking English, they had a basic understanding of the language. Instead of engaging with the local staff, they consistently spent all their time with other Japanese people. They lived outside Japan, but they lived a Japanese life.

After many years working with thousands of Japanese expats, I realized that many of them did not engage because of two factors: First, they didn’t want to do or say the wrong thing, so they often chose to say nothing at all. Some would not even engage in simple morning greetings. Second, they could not see the important benefits of engaging with local people. Since they were able to continue the workflow and report back and forth to Tokyo, they failed to see what they were missing. It usually took some type of customer crisis or human relations complaint for them to see how their failure to integrate was a bad business choice. It took an even longer time for them to recognize that by living homogeneous lives, they were missing out on an enriching experience for the company and for themselves.

For many leaders, it is more comfortable to deal with diversity data than to take a look at their own homogeneous lives.

The behavior of Japanese expats reflects the behavior of some leaders in the United States, especially leaders who identify with the white cultural majority. They may hire for diversity, but they don’t engage with people who are different and develop trusting relationships with them. Fear of doing or saying the wrong thing may cause them to avoid actions that could eventually lead to trusting relationships. Even simple acts such as asking someone to lunch or engaging in small talk does not occur in the way it should. For many leaders, including in learning and development, it is more comfortable to deal with diversity data and spreadsheets than to take a look at their own homogeneous lives.

Like the Japanese expatriates I worked with for years, some white leaders fail to embrace diversity because it might mean sharing power, entrusting others with decisions and deferring to people who may not conform to the cultural majority. Until recently, there has been little incentive for white leaders to broaden the circle of who belongs, especially at the top of an organization.

The most effective solution is for leaders to reflect on themselves and consider the many choices they make, big and small. Do they live in diverse cities yet life a homogeneous life — eating lunch with the same people and consulting with people who look, sound and pray as they do? If so, not to worry; there are simple steps all leaders can take to begin the process of expanding their circle and breadth of experiences.

One helpful tool I’ve used for many years is a simple 10-question “Us versus Them Self-assessment,” which provides a quick measure of a person’s level of integration with a specific cultural group. Anyone can engage in the process of self-examination first by selecting a target cultural group that can be specific or broad. This target group should be relevant in some way but should only be selected by the person taking the self-assessment.

The 10 “yes” or “no” questions should be answered privately and honestly. Any “no” answers become potential action items for the individual to take in the deliberate process of increasing face-to-face interactions, of increasing depth, with people who are different from them. This process, when done with a genuine wish to narrow the gap, can provide a path toward meaningful relationships that will help leaders move beyond superficial initiatives and toward a “we” culture where everyone is safe, welcome and productive.

The most effective solution is for leaders to reflect on themselves and consider the many choices they make, big and small. 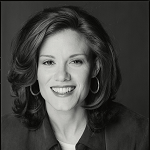 Laura Kriska is the author of “The Business of WE: The Proven 3-Step Process for Closing The Gap Between Us and Them In Your Workplace.” She was the first American woman to work in the Tokyo headquarters of Honda Motor Company, which is the basis of her first book, “The Accidental Office Lady.”