Having designed and developed eLearning and other training modalities for more than two decades, I’m well-versed in the inventory of the major stock photo libraries. I’ve learned to live with the glossy magazine poses of well-dressed, good-looking and smiling models who, with a costume change, pretend to be business executives, office workers, warehouse managers, dentists, clambake partyers and parents of equally well-dressed, good-looking and smiling child models. I can overlook the fact that 99% of employees do not work in high-rise offices overlooking one of the world’s great cities and that stock photo factory workers lack grime and fatigue, their clothes pressed and makeup more suitable for a gala than an assembly line. Lastly, I can entertain the fantasy that almost all executives have gray or white hair, because older people are rarely seen among lower-level businesspeople, which makes me wonder if executives are of a certain age and features as if by fiat.

But I’m perplexed, to put it mildly, at how few people belonging to marginalized groups are represented across stock photo libraries. There is only a handful of people with disabilities, African Americans, Latinos or Latinas, South Asians and American Indians — and many of these models appear in photo after photo, further reducing the number of individuals from these groups. Take away the heavily posed smiling photos, and the number in realistic business settings is fewer still.

One of the percepts of learner engagement is the ability to identify with the images used in training events.

Here are some current statistics regarding major stock photo libraries’ images. I used “serious businessperson” as my search criteria. The statistics below do not allow for one model’s appearing in many different images, which is often the case with models of color. I added “serious” to skip photos of people enjoying themselves so much as to render themselves surreal for business hours, and I used the filter “one person” to avoid group images. For comparison purposes, I repeated my search with different adjectives added to “serious businessperson: “white,” “Black African American,” “Latino Latina Latinx Hispanic,” “American Indian” and “disabilities.” Obviously, other search criteria may produce different results.

In total, my searches produced 100,368 photos, of which 91% were of white businesspeople. Given that only 76% of the U.S. population is white, there can be no debate that the major stock image libraries lack fair representation. Perhaps most telling is the fact that people with disabilities comprise the largest minority population in the U.S., at roughly 26%, yet people with visible disabilities averaged 1% of the available images.

One of the percepts of learner engagement is the ability to identify with the images used in training events. While some people may think it is a trivial issue — or not an issue at all — it’s representative of the conscious or unconscious bias touching training events across industries, government and nonprofits. Given the renewed, and hopefully lasting, focus on inequity and injustice, it’s high time that stock photo libraries solicit and offer demographic representations in their inventories. In the meantime, use search criteria like “minority stock photos” or “disabilities stock images” and you’ll find hundreds of images that you can download and use for your next training project. 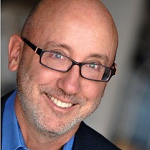 CareerPrepped® Launches to the Public, Enabling Skills-based Hiring at Scale