The story of Dick Fosbury is, perhaps, one of the best illustrations of transformational learning. Fosbury was an American track and field athlete who competed in the high jump. In 1968, he won the Olympic gold medal. Prior to Fosbury, almost all high jumpers used what is known as the “straddle technique,” where the athlete jumps over the bar while facing down. The belief at the time was that the down-facing position gave athletes more control over how to manipulate their bodies during the jump. Fosbury was unable to master the straddle technique, but he still wanted to compete in the high jump. He experimented with, learned and mastered a completely different approach. Instead of jumping feet-first and crossing the bar face-down, Fosbury perfected an approach where he crossed the bar hands-first and upside-down. This “transformational” learning resulted in his setting the world record in the high jump. The “Fosbury flop,” as the technique is now known, is currently the world’s most popular approach to the high jump.

The adoption of agile as a training development methodology provides learning professionals with an opportunity.

Training organizations that have adopted agile as a development methodology have experienced both breakthrough change and radical improvements. One company reduced the time required to develop and deliver training solutions from close to a year to less than two weeks. Another increased the amount of training it was able to develop by 74 percent. Perhaps the most impressive story is about the group that avoided layoffs during a company downsizing, because agile made its training and development process so cost-effective. So, if you’re interested in providing your trainers and instructional designers with a transformative learning opportunity, consider exposing them to agile. 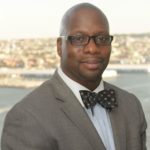 Kaliym Islam, Ph.D., is the author of two books, including “Agile Methodology For Developing and Measuring Learning,” and an assistant professor of practice at Southern Illinois University’s Department of Workforce Education and Development, where he helps transform the next generation of learning professionals. To contact Kaliym and receive a case study on agile and transformational learning, email him. Follow him on Twitter @thetrainingpro.

How To Develop Career Path Visibility in Your Workplace