“But will it stick?”

That is the question.

No matter how detailed the competency model, how thorough the needs analysis or how well-designed the learning solution, we L&D professionals are judged, in the end, on whether participants applied the learning and the business saw results.

So, we’ve become pretty sophisticated with our methods. We purchase or build learning programs that unfold over many months and include all sorts of reinforcement tools, from email reminders to mobile apps to business simulations. We merge the skills into performance management systems. We study gamification and the 70-20-10 rule.

As I look back on my 25-year training career, however, I’m struck by how often these sophisticated methods failed to deliver. When the learning did stick, it was often thanks to low-tech practices like the following five.

1. Ask the CEO to talk about it ad nauseum.

At my previous company, a leadership and sales training firm, our CEO used to fixate on one strategic idea for long stretches. He spent a year on our code of conduct; later he hammered on our five competitive differentiators. He would weave the idea into every presentation, every conference call, even chats by the water cooler. He would spring pop-quizzes on us at company meetings. We’d all roll our eyes and chuckle (he would, too), but you know what? Today, I can still recite those five differentiators.

2. Ask participants to provide input on the course before it’s final.

I stumbled upon this tactic when I was a product developer and would recruit colleagues to sit through beta tests of new training programs. It was next to impossible for them to keep their “participant hats” on, so, eventually, I gave up and asked them simply to critique the content and design from their real-life perspective. When we rolled out the program to our employees, anyone who’d given early feedback was invariably delighted to spot the ways their input had influenced the final product, and, consequently, they remembered more of the entire course.

3. Have everyone stand and deliver.

This was another tactic I fell into purely from desperation. Back in the era of three-day classroom programs, the afternoon of Day 2 was a real killer. As a designer, I had to find something – anything – to keep participants from snoozing, and the only surefire way was to stop trying to wake them up and let them wake themselves up. Whether I had them do tiny-teaches, presentations or advice exchanges, the keys were (a) not to let anyone hide and (b) to recognize everyone’s contribution. Whatever they stood and delivered, they remembered and applied. The same holds true in today’s virtual learning environments.

If only I had a dollar for every time a client said, “These folks won’t do role-plays.” If only I had another dollar for every time a client said, “I’m glad we made them do the role-plays.” Nobody ever wants to do a role-play, yet in the end, this most basic of training activities often receives participants’ highest marks for impact. The trio version (with an observer holding the other two accountable in each round) is my favorite, because intentional observing often makes as much of an impression as doing.

When I used to survey participants post-class and ask them what parts they were still referencing, the answer was invariably “the Advice Device.” This was the half-size booklet that contained, in a concise form, all the tactics, models and core concepts from the class. These days, such things are supposed to be digital, but really: Has anyone ever said, “Let me jump on my phone and check out that leadership model”? A small and glossy book, however, is looked at. It’s quick and easy to scan. It fits in your bag. It feels high-value. Even today, paper sometimes wins.

I’ve designed my share of sophisticated learning systems replete with high-tech tools. But let’s be honest: The human brain hasn’t changed much in a million years, let alone the past few decades.

If you want learning to stick, low-tech may be the way to go. 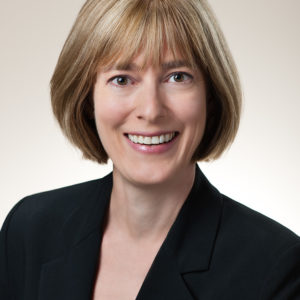 Jocelyn Davis is a leadership author and former training company executive. Her latest book is THE GREATS ON LEADERSHIP: Classic Wisdom for Modern Managers, which SUCCESS magazine calls “a book of substance that is a joy to read.”

The Business of Learning, Episode 60: Leading Learning in 2023