​​The idea of reskilling for in-demand jobs has become increasingly popular in today’s digital and rapidly changing economy. As the country continues a rocky road to recovery from the pandemic, proposals abound to help displaced workers learn the emerging skills that employers demand — in ways that will entirely change their career paths.

Many of these new initiatives are taking the form of what some call “radical reskilling” — that is, helping workers gain the skills to enter different jobs from the ones they previously had. Programs often focus on preparing workers for the tech industry, particularly with the rise of the coding bootcamp over the past decade. Some have demonstrated impressive outcomes, and businesses are increasingly involved as companies from Amazon to Walmart invest in their own reskilling programs for incumbent workers.

These new models seem to hold promise as a component of our economic recovery, and they have certainly gained their fair share of media attention (and some controversy). But do they align with the priorities — and aspirations — of workers themselves?

New research suggests that the answer to that question may be more complicated than first thought — particularly for middle-skill workers (those working in jobs that do not require a college degree). According to the National Skills Coalition, middle-skill jobs — which include roles in healthcare, information technology (IT) and manufacturing, along with tradespeople like plumbers and electricians — make up most of the U.S. labor market. Understanding the perspectives of middle-skill workers, then, can help shed light on broader labor market trends.

With that in mind, most middle-skill workers in search of a new job are looking in the field in which they already work. When it comes to training, many workers think learning new skills on the job is the most important thing they will need after switching jobs (in lieu of getting a degree or certificate). And while better pay is the most common reason to switch jobs, long-term stability is often the most important component of choosing a new career, especially for those with only a high school diploma or some college.

In short, even though research consistently shows that workers want more access to training, the majority of middle-skill workers don’t want the sort of radical reskilling experiences that gain most of the media attention. They’re not interested in starting their career from scratch. In fact, they tend to prioritize stability and growth over a significant career shift. Middle-skill workers are interested in learning incremental skills to help in a new role. They prioritize wages and long-term potential for advancement, and they want to learn new skills on the job or in the flow of work rather than leaving entirely for a radically new opportunity.

What can employers and training providers learn from these findings — particularly during such a dynamic moment in the labor market?

The survey findings suggest that it’s harder to bring new talent into your industry than it is to support and train the people you already have — consistent with the research of experts like Josh Bersin who have called for a shift to the “build vs. buy” paradigm. It’s also clear that building a more resilient workforce depends on not just providing the latest and greatest training, but also squaring workers’ aspirations — e.g., the desire for more frictionless career pathways — with the needs for new skills and the accelerating pace of technological change. Employers should also pay attention to the barriers that stand in the way of career mobility: The need for training and the cost of training are the factors most likely to keep people from looking for new jobs.

Simply put, the best way to retain workers, particularly middle-skill workers, may be to provide a clear path to long-term stability that includes on-the-job training. And those training programs should be designed to meet workers’ aspirations: job-aligned, available where and when learners need them and designed to help workers progress along specific career pathways.

Perhaps most importantly, this survey suggests that the bold ideas that often seem to generate the most media coverage aren’t always the ones that resonate most with working learners — many of whom prioritize stability, on-the-job learning and long-term potential. Training providers and employers would do well to explore the ways that their assumptions can often differ from the priorities and aspirations of working learners.

The best way to retain workers may be to provide a clear path to long-term stability. 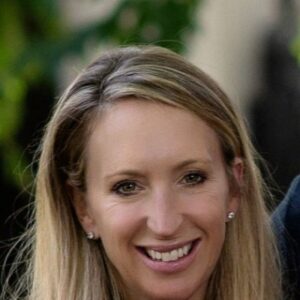 Dara Warn is the chief strategy and customer officer at Penn Foster.

Selecting the Best LMS for Your Company: Tips and Best Practices