In today’s world, we need equal parts pressure and positive momentum to change the way we relate to others by working to intentionally build healthy, inclusive cultures. Movements such as #TimesUp, Black Lives Matter, #MeToo and LGBTQIA+ empowerment have helped bring to the forefront glimpses of behavior that are no longer tolerated but have been pervasive for decades.

Many organizations, including investment mogul Goldman Sachs, have made strides to move the needle by connecting diversity and inclusion policies to the bottom line. Goldman Sachs recently announced that it will no longer take companies public if they do not have “at least one diverse board member.” This new policy is a bold and impactful statement by a globally recognized organization; however, it only addresses one piece of the puzzle: diversity.

In an article for General Assembly titled “What’s the Difference Between Diversity, Inclusion, and Equity,” social justice facilitator Meg Bolger defines each term while highlighting the ways organizations can and should incorporate all three into their company policies and training. “Inclusion,” she says, “is about folks with different identities feeling and/or being valued, leveraged, and welcomed within a given setting.”

When organizations focus on opening only one seat for diverse members, they address diversity — but they may be opening the door for unintended harm to that individual. When there is seemingly only one position available for members of underrepresented groups, it creates the illusion that there’s limited space for people who are not in the majority. This scarcity mentality can result in rivalries, sharp elbows and silos.

So, how can organizations focus on both diversity and inclusion? Here are a few tips.

Diversify your interview panels. Not only will you have representation but you will develop a more well-rounded perspective.

However, to be truly inclusive, it’s equally important — maybe even more important — to start asking questions like these:

Though the term unconscious bias has been used for decades in discussions surrounding race relations, it’s new to many in the workplace. The word bias often stirs up negative connotations and can put employees on the defensive. The goal of unconscious bias training is not for learners to stop having biased thoughts; rather, it is to help them increase their awareness of how they react to those thoughts once they reach their conscious mind.

In order to effectively decrease bias at work, we need to destigmatize bias itself so that people can explore and mitigate their own biased beliefs without fear of shame or blame.

Rethink Your Recruiting and Hiring Process

Diversify your interview panels. By including team members with a variety of backgrounds and identities in the hiring process, not only will you have better representation, but you will also develop a more well-rounded perspective on the candidate. Additionally, it shows the candidate that your company is diverse and that he or she will feel included as part of the team. It sets the precedent from the start that you are committed to inclusion.

Put Your Beliefs in Writing

To declare your company’s commitment to progress, it’s a good idea to develop a diversity and inclusion policy and a diversity statement. Then, share these beliefs with every new hire during his or her onboarding, and explain why they are a core part of how you do business.

Diversity and inclusion require a comprehensive approach. It’s not enough to focus only on diversity, especially if we’re failing to make our diverse workforce feel included, heard and valued.

It’s not enough to focus only on diversity, especially if we’re failing to make our diverse workforce feel included and valued. 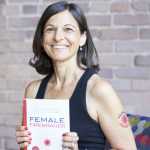 Mikaela Kiner is an experienced human resources/people operations professional; founder and CEO of Reverb; executive coach; and the author of “Female Firebrands: Stories & Techniques to Ignite Change, Take Control, and Succeed in the Workplace.” Mikaela is married to Henry, a musician, artist and teacher. Their two children, Simon and Sidonie, are good at challenging the status quo and are a constant source of learning and laughter.