In 2004, I found myself in the middle of Ukraine’s Orange Revolution. I was running a large media company that included the country’s leading news organization, so, even though I was a foreigner, I had an insider’s view of the historic events as the people rose up to transform their country into something better.

With that experience began a fascination with transformational movements. I wanted to know why some movements succeed and others fail and whether companies could use the same principles to implement transformational initiatives.

Indoctrinating Values and Skills from the Start

Every transformation is, at its core, about ideas. You can’t change fundamental behaviors without first changing fundamental beliefs. That’s why every change effort needs to start with training to indoctrinate the values and skills that will drive change.

Every change effort needs to start with training to indoctrinate the values and skills that will drive change.

For example, in 1961, James Farmer and John Lewis were preparing a series of Freedom Rides to encourage enforcement of the Supreme Court’s Boynton v. Virginia decision, which mandated the desegregation of interstate travel. Farmer and Lewis realized that they would need to do more than just recruit volunteers, organize the logistics and set up publicity, so they set up a week-long training camp to educate the volunteers on the specifics of the law and prepare them for the travails ahead. The activists were insulted, intimidated and denigrated, and the real dangers that lay before them were spelled out. By the end of the week, they were ready to face hostility with restraint and dignity.

For similar reasons, Facebook runs a six-week “bootcamp,” which every engineer, regardless of experience or expertise, must complete. “Beyond the typical training program, at our Bootcamp new engineers see firsthand, and are able to infer, our unique system of values,” said Eddie Ruvinsky, an engineering director at Facebook who is deeply involved in the bootcamp program.

“We don’t do this so much through training manuals and PowerPoint decks,” he continued, “but through allowing them to solve real problems, working with real people who are going to be their colleagues. We’re not trying to shovel our existing culture at them, but preparing them to shape our culture for the future.”

One of the most important considerations when embarking on a transformation effort is that the initial training needs to be undertaken with an eye to the future. The initial recruits are not merely foot soldiers but people with the potential to evolve into leaders.

One of the reasons that the training for the Freedom Rides was so successful was that John Lewis had gone through an even more rigorous and extensive program in preparation for the Nashville sit-ins the previous year. It was the crucible of that earlier effort that molded Lewis into someone who was able to lead the Freedom Riders.

The same is true of corporate transformation. When Wyeth Pharmaceuticals began its effort to implement lean manufacturing practices at 16 facilities encompassing 20,000 employees, it didn’t try to do it all at once but focused on a series of “mini-transformations” in a few selected areas. While the initial transformations only took place in a few small areas of the company and focused on a few processes, it did everything with the next step in mind. The company embedded selected employees, who would be involved in future phases of the program, in these early efforts so they could later help indoctrinate their peers. Within a year and a half, Wyeth had cut costs by 25 percent, while improving quality at the same time.

We tend to think of the primary purpose of training as imparting information, but there is a social component that we shouldn’t ignore. For example, the relationships Facebook’s engineers build during their bootcamp stay with them throughout their career at the company. They help provide strong bonds that improve collaboration across departments.

We tend to think of training as imparting information, but there is a social component that we shouldn’t ignore.

IBM is taking this idea even further with its efforts to build a futuristic technology called quantum computing. Although quantum computing is still years away from practical applications, the company has established what it calls its Q Network, which includes top labs working to develop the technology as well as future developers and users of quantum applications.

It has also made some of its early prototypes available to the public through its Quantum Experience program. “There is already a research community around quantum computing,” IBM scientist Jerry Chow said. “The Quantum Experience helps support those users, but also extends the community into those who are just getting to learn about quantum computing. We’re training a new generation.

When building for the future, it pays to start early. Training can play a valuable role in not only helping people to use a technology but also building a loyal network that can support later initiatives.

In the late 1990s and early 2000s, Serbia went through one of the most impressive political transformations in history. At the time, the country was led by the brutal dictator Slobodan Milošević, and it seemed that nobody could challenge his authority. However, a young group of student activists called Otpor helped mobilize the forces that led to his downfall.

Srdja Popović, who helped lead that effort, told me that one of its most important strategies was what he called the Recruit-Train-Act triangle. First, they recruited volunteers. Next, they immediately trained them for the skills and values essential for the effort. Then, they encouraged them to act, because it is through action that people take ownership of the effort.

All too often, we see training as separate from performance. People learn through classroom sessions, instruction manuals or training videos and then are expected to apply their new knowledge in the performance of some task. Yet learning and doing are closely intertwined, which is why Popović described Recruit-Train-Act as a triangle, not a linear process.

Every transformation effort needs to use training as a core strategy. Training is more than just an educational process; it also involves the transference of ideas through social bonds. It is only through those bonds that a true transformation can take place.

Training is more than just an educational process; it also involves the transference of ideas through social bonds. 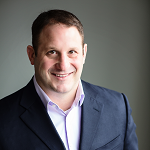 Greg Satell is a speaker, adviser and author of the new book “Cascades: How to Create a Movement that Drives Transformational Change.” You can learn more about Greg on his website, GregSatell.com, and follow him on Twitter @DigitalTonto.

Inclusive Leadership Is a Team Sport