When a pandemic kneecapped the global economy in 2020, a previously existential threat suddenly became a reality. Almost overnight, contingency plans and the ability to pivot determined which businesses would be left standing. From the medical profession’s move to telemedicine and the automotive industry selling cars through vending machines to restaurants selling groceries, innovation was the result of agile leadership.

A year later, the companies that survived are seeking strategies to help them future-proof their workforce against obsolesce, artificial intelligence (AI), and other threats. Among the most popular approaches to future-proofing the workplace is the emphasis on building T-shaped people with power skills.

What Is a T-shaped Employee?

Depending on who you ask, the phrase “T-shaped person” was coined in the aughts by Tim Brown, chief executive officer of IDEO Design Consultancy, or by McKinsey & Company in the 1980s. Either way, the vertical bar on the letter T represents the depth of your skills and expertise in a single field, and the horizontal bar represents your breadth or ability to collaborate with experts across disciplines and apply knowledge to areas beyond your primary field.

In plain terms, T-shaped employees demonstrate competence both in their core responsibilities and in their adjacent tasks. In addition to technical skills, like front-end development or design expertise, T-shaped people also possess “power skills.”

In plain terms, T-shaped employees demonstrate competence both in their core responsibilities and in their adjacent tasks.

Doing What the Machines Can’t Do

Once described as “soft skills,” traits like emotional intelligence, problem-solving and creativity have become more valuable because they aren’t effectively replicated by AI. While machines can produce and interpret data, only humans have succeeded in finding creative and critical ways to apply the data for competitive advantage.

Increasingly, employees’ value is based on their ability to do what machines can’t. A recent study conducted by Google found that its highest–performing teams aren’t the ones with the most scientists or advanced degrees. Instead, they are interdisciplinary groups of employees whose power skills enable better collaboration. The study also found that employees with power skills such as good communication and empathetic leadership are more likely to succeed at Google than employees with only strong technical skills.

Corporate learning leaders in other organizations are also recognizing the value of power skills and the mindset that comes with them. T-shaped people’s ability to contribute, pinch-hit and problem-solve makes them high performers who can boost an organization’s overall productivity. If you’d like to see more T-shaped people in your organization, focus on building cognitive and socio-behavioral skills that boost curiosity, collaboration, agility and resilience.

The challenges of 2020 revealed the need for future-proofing in every industry. While it’s impossible to anticipate when the next threat will arrive, building power skills provides both short- and long-term benefits. Future-proofing transforms organizations into more agile and resilient companies that can do more with less. It also prepares people for operating amid a crisis — which also enables them to become future-ready.

Increasingly, employees’ value is based on their ability to do what machines can’t. 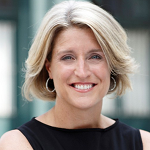 Lisa Bodell is the chief executive officer of FutureThink, an accelerated learning company that builds POWER skills and transforms how people work and innovate. When she isn’t delivering a virtual keynote or TED Talk, she’s writing culture change books like “Why Simple Wins” and “Kill the Company.”

Living the L&D Life in the Startup Space

Combat The Great Resignation With a Culture of Learning

4 Strategies to Integrate Learning Into the Flow of Work