As companies grow and experience success, they usually enjoy a whole slew of new advantages that they didn’t have as a startup. Revenue becomes more predictable, operating systems and procedures are put into place to create efficiencies, and the brand becomes better recognized — which makes partnerships, recruiting and sales easier.

But, too often, something is lost when companies become bigger and more staid and patterned in their thinking and approach. The creativity, risk-taking and openness to the power of possibility – the same creativity and openness that likely inspired the company’s founders and initial employees – can diminish or even be lost forever. That’s a problem, but by adopting an attitude of openness and staying aware of the continual power of possibility in each moment, you can help nurture innovation, strengthen team effectiveness and find new opportunities.

It’s important to nurture the “anything is possible” mindset. Here are some tips on keeping the power of possibility alive.

It’s important to nurture the “anything is possible” mindset.

One of the worst team experiences is the sense of unease and fear that stifles expression and creativity. If you’re in a meeting and have an idea but are afraid to share it with everyone else on the team because it might be dismissed, you’re withholding valuable insight and experience. If others are doing it, too, the losses are magnified.

The best and most collaborative environments are the ones where people feel safe. That requires everyone on the team to gain self-knowledge, understand the strengths and limits of their own personalities and preferences, and recognize and respect the preferences of others. Always choose the most respectful interpretation of each other’s words, and take time to build a plan to bridge communication gaps and points of contention.

Finally, try to always take the “Yes, and…” approach of building on another team member’s suggestion or idea, instead of responding with an easier “No, but…” rejection. The “Yes, and…” technique was originally developed as a professional tool for improv comics and actors, but it’s useful in any situation where you’d like to build teamwork, strengthen mindfulness, spur creativity and empower cognitive reframing. An emotionally safe environment is about openness rather than ego. It opens the power of possibility in any situation.

An emotionally safe environment is about openness rather than ego.

Be Mindful of the Power of Serendipity.

One way to keep yourself attuned to openness and the power of possibility in every situation is to remember that some of the most revolutionary discoveries in the world have occurred because of complete accidents. Penicillin was discovered when one scientist was sidetracked, let the dishes in his lab get dirty and later discovered a strange new fungus. Play-Doh was originally developed as a cleaning product, Teflon was invented by a chemist trying to manufacture a new refrigerant and Velcro was developed by a hiker who was trying to figure out why burrs clung to his dog’s fur.

It may seem counterintuitive, but approach work with the belief that there are no mistakes, only opportunities. You’ll be amazed at how many helpful and beneficial ideas will then seem to simply flow into your life.

Approach work with the belief that there are no mistakes, only opportunities.

Be Open to Innovation.

Don’t let “systems” thinking overshadow “possibility” thinking. Routines, like habits, can enable efficiency, simplify choices and aid action. But they can also be crutches, shut down creativity and stifle inspiration. Take a moment to think about some of the biggest difficulties you’re facing at work right now. What’s your attitude about them? If you’re like many of us, you’ll probably find that your initial response to difficulties and new ideas is sometimes a bit negative and defensive.

We all tend to grow so used to the way things are that we don’t stretch ourselves to imagine the way things could be if we thought in different ways. We should allow room in our minds for the idea that solutions can actually happen and keep ourselves open to the power of possibility. We have all kinds of excuses that function in our lives almost like auto-responders – “That won’t work for me because…,” “I can’t do that because.” Get curious about those auto-responders. Examine them more critically. Take a chance, step out of your comfort zone, speak up and play bigger.

Being open to the power of possibility requires that we always be attentive and thoughtful about what we value and prioritize in our lives and work. If you really want to resolve a conflict, change a behavior or rebuild a toxic relationship, it’s important not to write off the power of possibility – to allow yourself the belief that sometimes, things can actually change for the better. Experiment with this approach in your organization. The more a team constantly challenges itself, leaves its comfort zone and pushes itself to take a risk, the more it will find big payoffs for itself, its team members and the larger organization.

The more a team constantly challenges itself, the more it will find big payoffs. 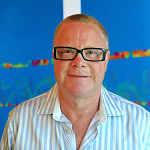 David Patrick is head of global clients at Insights Learning and Development. Before joining Insights, he held leadership positions with notable L&D industry players, including DDI, Ernst and Young Intellinex, and the David Allen Company, and co-founded three training/HR startups.

Learning Reinforced: The Power of Practice