Development professionals know that communication is the backbone of a healthy company culture. A team’s ability to work through adversity and navigate healthy conflict is what separates high-performing teams from mediocrity. Learning to trust your intuition is important to learn at any point of your career.

Developing critical skills like emotional intelligence, intuition, self-awareness and empathy allows employees to detect and respond to the needs and desires of customers and staff in real time and to better anticipate the future. This ability can make all the difference in repairing a mistake with a customer and earning future business instead of losing them for good. As Warren Buffett famously said, “It takes 20 years to build a reputation and five minutes to ruin it.”

Yet what typically ruins a company’s reputation often starts with not picking up on important signals and cues internally, long before the customer was ever let down. Often, you or your team members can sense when something feels “off,” yet it takes practice and courage to listen to, trust and act on what you are feeling. Here are a few ways employees can learn how to develop and train their gut.

It takes practice and courage to listen to, trust and act on what you are feeling.

The first step is to slow down your attention, get out of your head and learning to tune in to what your body’s signals are telling you. These signals are your intuition, gut instinct and sensations.

For example, a tech startup was on the verge of securing another round of investment, which would have set a clear direction for the business. When the leadership team met, one of the leaders said he had a “gut feeling” that the funds were not going to come through at the last minute. Instead of moving into action, the team members slowed down their attention and began strategizing a plan B. When their suspicions were confirmed and the money was no longer available, they adapted and didn’t skip a beat. Being able to slow down helped them get in touch with some of the nonverbal cues they were all feeling.

Take note when someone’s words don’t match his or her body language. This incongruence can come in the form of micro-expressions, tone, cadence, diction, actions or a number of other variables in how they are presenting themselves. The more frequently your team can detect when someone’s presence doesn’t seem aligned with what you are feeling, the more you can deepen the relationship.

Take note when someone’s words don’t match his or her body language.

A project manager from a well-known management consultant firm was leading the technology transition of a large client project and noticed a lack of engagement with her team. People were showing up late to meetings, and there was a prevailing sense of stress, distraction and disengagement, yet employees said that everything was “fine” and put on their best face. The incongruence was too strong to ignore, and the project manager trusted her gut. She brought her experience to the client CEO and helped troubleshoot some cultural issues that were preventing their progress in several areas of the business.

Now that you have slowed yourself down to listen more carefully to what you are feeling and sensing, and then noticing incongruence, talk about it.

The leadership team of a large marketing company was trying to obtain buy-in from staff on refocusing priorities for the coming quarter. Resentment was building below the surface as the programmers and designers felt like they were being overworked and that leaders were not listening to their concerns.

During a meeting, a courageous director sensed the tension in the room and hit the pause button. “Is there something unspoken that needs to be said? I’m feeling some tension, but maybe that’s just me.” This comment led to an honest conversation that couldn’t have happened until someone spoke directly to the subtext. Everyone felt a collective relief as they addressed and repaired the underlying issues.

It often feels taboo or risky, but when your team is encouraged or even trained to ask about what’s not being said, it leads to more transparent, authentic and honest discussion, which is the basis for more effective communication, a healthier company culture and better customer relationships. 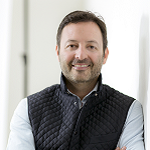 Rick Snyder, CEO of Three Hats, is an international business coach, writer, speaker and consultant who has launched three businesses. He is an expert in mentoring, training, and teaching others how to bring intuition into an effective business plan and company culture.