When most managers think of professional learning and development, they think of opportunities for their direct reports to improve skills that will help them in their current jobs. After all, the company’s paying the bills, so it makes sense that managers will want to see results when the class is over or the conference attendee returns to his or her desk.

Unfortunately, it doesn’t always happen like that. As a group of Harvard Business School and TruePoint authors wrote in their article “The Great Training Robbery,” “In 2012 U.S. corporations spent $164.2 billion on training and education. Overwhelming evidence and experience shows, however, that most companies are unable to transfer employee learning into changes in individual and organization behavior or improved financial performance …  Put simply, companies are not getting the return they expect on their investment in training and education.”

What could possibly inspire corporate America to waste $164 billion in one year? The answer is an idea – a broken one. Specifically, this broken idea: that training people to be better at their jobs is the best way to improve performance.

Why wouldn’t education lead to better work? Because while sharpening the tools in our toolkits is important, human beings want meaning, creativity and novelty. We want to grow on the job. In order to become an accountant, you have to learn math. But in order to become a great accountant – a creative, problem-solving, loyal accountant, the kind companies fight for, do you need to learn more math?

Not necessarily. Supporting employees in their jobs is important, whether it’s an Excel tutorial, or a class on QuickBooks. There’s no doubt that education helps us develop on-the-job expertise. But that’s upskilling, not game-changing professional development with the kind of ROI we’re all looking for. We should support the accountant’s request for accounting-related training, but we should also pay for a class in marketing or design, areas where she says she has an interest.

Or offer her a sabbatical. Or coaching. Or even a yoga or improv class. Consider this: In a survey of 3,000 recent college grads (also known as Generation Z) by the LaSalle Network, 76 percent of them said that “opportunity for growth is their most important factor when evaluating future roles.”

Millennials and Gen Z have made it clear that when they don’t grow in real ways on the job, they’ll leave. It’s that simple.

It’s time to take professional development personally. Looking at L&D this way can cost less than many of the more traditional approaches, where speakers are paid and/or employees travel off site. Even better, a more personal approach is more effective at retaining talent.

A more personal approach to employee development is more effective at retaining talent.

After surveying 7,200 interns and Gen Zers, Dan Black, head of recruiting at EY, told Fortune, “Gen Z is used to having everything personalized just for them, from playlists to newsfeeds to product features of all kinds. They’ve grown up expecting that. So, to the extent that you can, emphasize that you’re willing and able to develop a career path for them that builds on their particular strengths and helps them develop their interests.”

That’s why we should take professional development personally. Here’s how to do it.

Ask your employees what interests them. What skills do they want to develop, even if they’re outside of their current role? Aria Finger, CEO of DoSomething.org, a company that connects people with meaningful volunteer projects, told me how she connects with her employees: “So we find out things like, do you want to be published? Do you want to be a better public speaker? What is the thing that you want and do … then we try to customize based on that.”

Aria went on to tell me a story of how she learned through her network of an opportunity for a black tech leader. She realized, “My senior head of engineering is an amazing black queer woman in tech; she would love to go speak to this group.” She immediately put the two people in touch and voila – personally designed professional development.

Ask your employees what interests them. What skills do they want to develop, even if they’re outside of their current role?

Another way companies can take professional development personally is to intentionally design opportunities for employees to connect with people across the organization, both formally and informally, to cultivate development from within, and with a personal touch.

Design opportunities for employees to connect with people across the organization to cultivate development from within.

Jon Stein, the CEO of Betterment, a robo-advising firm, says the company has a formal mentoring program, but he has spent a lot of time and energy thinking about how to take advantage of informal networks – an idea from his days as a Boy Scout. In order to create cross-fertilization of ideas, he creates groups of eight to 12 employees from different functions, which he calls squads. Each squad has a budget to connect, get to know each other and share information about what’s going on in different departments.

The result is that each person’s understanding of their individual job is broadened, and they have a better idea of how they fit into the whole. It’s taking professional development personally – from the inside of the organization.

Coaching used to be something that only the top leaders of an organization received. Today, more and more companies are offering coaching to employees throughout the organization, because leaders know that people who are developing themselves personally are good for business.

Carolyn Meacher, the chief people officer of Refinery29, a global media company focused on young women, is a certified coach herself. She believes that rather than focusing on technical skills for professional development, the company gains a better ROI from helping employees understand more about themselves – their goals, their values and what drives them. This is why she’s hired a crew of coaches for employees throughout the organization.

While the cost of individual coaching adds up, Meacher told me that the savings that comes from employees being clear and happy individuals is so big that “the whole thing pays for itself.”

In the human workplace of the 21st century, professional development is critical in attracting and retaining top talent. 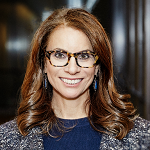 Erica Keswin, founder of the Spaghetti Project, is a workplace strategist who has worked for the past 20 years with some of the most iconic brands in the world as a consultant, speaker, author and professional dot-connector. Her bestselling book, “Bring Your Human to Work: Ten Sure-Fire Ways to Design a Workplace That’s Good for People, Great for Business, and Just Might Change the World,” was published by McGraw-Hill in the fall of 2018.