Most leaders think their department is civil, but only about half of their department’s employees feel the same way. This difference of opinion is a real problem for our work cultures, because if leaders aren’t noticing the unhealthy environment, they won’t work to fix it.

There are three main reasons that leaders fail to notice incivility. First, employees often don’t want to complain to their leaders about their colleagues. Many workers fear that reporting uncivil behavior will cause peers to see them as a “rat” or a “tattletale” – a fear that may go back to elementary school!

Second, uncivil employees often put on a show for leaders. Employees who aren’t fired for their uncivil behavior early on survive and live by the phrase, “Kiss up, kick down.” They are courteous to leaders but treat their co-workers harshly.

Sometimes, leaders are the source of the incivility, but they lack the awareness to see it. When they are uncivil, most employees say nothing. Many employees don’t want to be frank with their leaders, and most are not trained in how to respectfully and safely tell a leader he or she is managing poorly.

What to Do if You Are a Leader

As a leader, you must have the tools to respond to incivility and be aware that you are setting an example for which behaviors are acceptable and which are not. A leader’s uncivil behavior leads to poor team performance. Many studies show that when a leader or senior member of a team doesn’t check his or her own disrespectful behavior, the resulting negative environment leads to unhealthy team interactions and less team experimentation, mutual help, feedback-seeking and information-sharing.

If you’re a leader, here are some ways you can help create a civil and healthy work culture:

What to Do if You Are an Individual Contributor

Here are some ways you can contribute to a civil working environment, regardless of your place in the hierarchy:

If you’re a leader, be aware that your employees are looking to you for information on how to behave. By asking questions, listening, providing appropriate training and acting on what you know, you will give people confidence in your abilities as a leader. As an employee, know that your leaders may want and need your feedback in order to have a better awareness of what’s going on. Also, remind yourself that you have the ability to positively affect your environment. A healthy workplace culture includes civility and requires all of us to make a contribution.

Remind yourself that you have the ability to positively affect your environment. 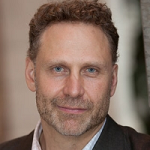 Michael Labun is a mediator, facilitator and training development specialist at ACHIEVE Centre for Leadership & Workplace Performance. He is co-author of the book “The Culture Question” and is the author of many ACHIEVE workshops on topics including emotional intelligence and mediation.

Combat The Great Resignation With a Culture of Learning

4 Strategies to Integrate Learning Into the Flow of Work