When was the last time you saw a push for more diversity, equity and inclusion (DEI) training in your organization?

It was most likely after an incendiary action by a politician, racially charged incident in the news, offensive comment by an employee, low rating from a pulse survey, negative feedback from an exit interview, or a calendar event like Black History Month or International Women’s Day.

It’s predictable what happens next.

Top management decides your organization’s DEI efforts are insufficient. A mandate is passed down that DEI will be a focus. Initiatives are started. Resources are allocated. Speakers are brought in. Workshops are offered.

Is DEI still a priority? Has your culture changed? Is your organization more diverse, equitable or inclusive? Do minority groups feel more cared for, heard and valued?  Probably not. Like most initiatives, the tyranny of the urgent takes over, and leaders get distracted by other priorities. The emphasis on DEI takes a back seat and is eventually forgotten or relegated to a side issue until the next “incident” happens, and the cycle repeats.

The sporadic nature of DEI harms your culture and puts your organization at a disadvantage. DEI is necessary for healthy cultures and to be competitive in today’s marketplace.

A record number of American employees, more than 24 million, left their jobs between April and September of 2021. A MIT Sloan Management Review article highlighted research during this period that looked at the online profiles of 34 million people to identify which employees left their job and, more importantly, the reason they left. Not surprisingly, the No. 1 predictor of an employee leaving their job is a toxic culture. “A toxic corporate culture is by far the strongest predictor of industry-adjusted attrition and is 10 times more important than compensation in predicting turnover. Our analysis found that the leading elements contributing to toxic cultures include failure to promote diversity, equity, and inclusion; workers feeling disrespected; and unethical behavior,” the article reports.

DEI is a leading indicator of healthy workplace cultures. It’s no longer a nice-to-have. Instead, it’s a must-have if organizations want to turn the tide of The Great Resignation, attract high-quality candidates and retain their best talent.

Unfortunately, DEI is still non-existent in many organizations and sporadic in most. However, learning and development (L&D) leaders are in a position to change this.

But where do you even begin? First, it’s essential to recognize who DEI can help.

When you mention DEI, many people cringe. The majority (primarily white males) mistakenly think that DEI isn’t needed because racism and bias don’t exist in their organization, or they see it as a political tool. Ethnic and racial minorities also cringe because they’ve seen the sporadic nature of DEI. It often comes across as not authentic, gaslighting or just another “flavor of the day” leadership priority.

However, DEI isn’t just for your organization’s ethnic and racial minorities. DEI done right will aid the majority of your employees because no one is immune to a toxic culture that creates barriers to work and unhealthy work environments. Beyond ending discrimination for employees based on race and ethnicity, DEI strives to cultivate a culture of empathy humility, and curiosity that will benefit a large number of employees such as:

As an L&D professional, you have the power to take DEI from sporadic to systematic. This shift will impact your organization’s business outcomes because the business case for DEI is stronger now than ever before. Consider these best practices to get started:

DEI is a leading indicator of healthy workplace cultures: It's no longer a nice-to-have.

As a L&D professional, you not only prepare your people for the future of work, but you also are in a position of trust and influence. You can drive strategic priorities that result in tangible business outcomes. DEI isn’t a fad or something your organization can focus on once per year. It’s time to make DEI a priority and devote the same weight, resources and focus over time as you do to increase revenue, maximize profits and cut costs. You have the power to take DEI training from sporadic to systematic. 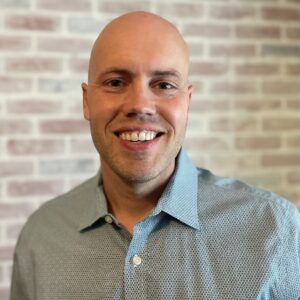 Scott Himes is a Certified Professional in Training Management and employee experience architect at Dulead. He has over 20 years of experience in coaching and leadership in technology and non-profit organizations, and in addition to a passion for helping others grow, Scott and his wife Courtney have three adopted children, making DEI very personal as they help their children navigate the world as ethnic and racial minorities.