There’s a reason that creativity features in the majority of organizations’ values. Companies that fail to evolve face extinction. Preventing this extinction is important, but creativity also attracts and retains talent. According to an IBM report, 47 percent of Generation X and 42 percent of millennials would leave their current job for a company that offers “more money and a more innovative environment.” Another survey found that 78 percent of employees who say their company “encourages creativity and innovation” also say they are “committed to their employer.”

Like many business buzzwords, the true meaning of innovation has been lost. Its ubiquity has led to misconceptions about what it is, and these myths are one of the reasons innovation seems so difficult. Firstly, organizations equate innovation with technological advances: AI, driverless cars, the internet of things. Such paradigm shifts are aspirational; expensive; and, for the vast majority, unattainable. According to this myth, innovation is only successful if it involves entirely new concepts. The reality couldn’t be further from the truth.

Secondly, we think of innovation as the work of a single genius; think Thomas Edison and his literal “lightbulb moment.” Organizations focus on finding “naturally” creative individuals, ignoring the fact that creativity is a fundamental human trait – we all have the capacity to innovate. Thirdly, there’s a mistaken belief that innovation requires a “creative environment” – that it can only happen in offices full of beanbag chairs, free snacks, and ping-pong tables.

Creativity is a fundamental human trait – we all have the capacity to innovate.

All of these myths are damaging not only to an organization’s growth and agility but also to individuals’ belief in their own capacity for creativity – and, in turn, their motivation and job satisfaction. An innovative culture begins with a shift in mindset. When we see innovation not as the role of a gifted few but as an ongoing habit at every level, the cumulative effect is remarkable.

The people of Disney World are masters of sweating the small stuff. Elaborate towel animals on guests’ beds, badges that announce the reason for their trip (resulting in constant congratulations from staff), no mirrors in communal bathrooms (reducing time spent in the bathroom and, therefore, queues) – individually, none of these things is groundbreaking, but together, these and countless other small touches create a magical environment.

Disney World’s approach to innovation is epitomized by its solution to a pervasive problem: mosquitoes. A multipronged approach, including providing free insect repellent, analyzing the spread of the mosquito population, introducing natural predators and keeping chickens to detect viruses, helped Disney World eradicate mosquitoes from an area of swampland twice the size of Manhattan – no small feat.

Disney World defined and understood a seemingly small problem that had a huge impact on guests’ experience – which is exactly how organizations should approach innovation. Rather than focusing on seismic changes (expensive and rare), organizations should hone in on the everyday innovations that make people’s jobs quicker, easier and more enjoyable. It’s not always about inventing new products or processes but about improving what’s already done well and fixing the everyday problems that get in the way of teams working better together.

Contrary to popular belief, innovation doesn’t come out of thin air. It’s the result of incremental changes to existing ideas – of tinkering, experimenting and combining parts of various solutions. As Harvard University professor Jill Lepore wrote for The New Yorker, “Companies that were quick to release a new product but not skilled at tinkering have tended to flame out.”

Develop the habit of recording the ideas that pop into your head in a “rainy day” document – you never know when they’ll come in handy. “Eureka!” moments come when you least expect them – on your commute, in the shower, while running. Vary your everyday routine to see things from a different angle, prompt new discoveries and maximize those “Aha!” moments.

Reframing innovation as finding solutions to everyday problems is step one. Then comes dispelling the myth that innovation is the domain of the creative few. We all have the power to be creative. Thomas Edison had a team of “muckers” – recent graduates whom he depended on to build and test his ideas.

Don’t let authority sabotage creativity. Welcome ideas from everyone – sometimes interns, unencumbered by established ways of thinking, have the brightest ideas. Be aware that traditional brainstorming can also inhibit creativity. It leads to social loafing, resulting in fewer and poorer quality ideas. Being concerned about what others might think also impairs performance.

Instead, consider “dream big” meetings: Invite people from different departments and levels to each come up with 50 ideas that go beyond the accepted ways of working. Encourage people to reuse and recycle ideas across the organization; something that flopped in one area could prove transformational elsewhere.

Innovation is everybody’s job, but solving everyday problems requires resources. Create innovation taskforces whose job is to come up with solutions. Hire for curiosity, not creativity – ask potential candidates how they’d solve a problem to benefit from an outsider’s insight.

One of the most common reasons organizations give for a lack of innovation is that their environment isn’t creative enough. But it’s a myth that creativity can’t exist in bureaucratic workplaces. Equally, wearing sneakers to work and installing a pool table won’t matter if managers stifle curiosity. Leaders who settle for “good enough” or for the status quo, praise perfectionism, and punish risk-taking prohibit a climate of curiosity. In meetings, they’re quick to come to a decision based on their gut feelings and even quicker to point out the reasons an idea won’t work. To put it bluntly, they suck the blood out of innovation.

In contrast, leaders who promote curiosity challenge assumptions and believe they can be better. They encourage testing and are comfortable with failure – celebrating effort and lessons learned, especially when an idea doesn’t work. In meetings, they crowdsource solutions before acting; ask, “How could this work?”; and build on the team’s ideas.

These leaders think less about driving innovation and more about allowing it to happen. They realize that innovation doesn’t require masses of time or money. Instead, it requires a climate in which every employee feels empowered to bring a bit of Disney magic to their everyday.

Innovation doesn’t require masses of time or money. Instead, it requires a climate in which every employee feels empowered. 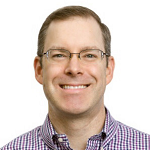 Regis Courtemanche is the senior vice president of creative solutions at Mind Gym, where his team of psychologists help businesses solve real-world problems through engaging, research-based learning solutions. Regis is also a guest lecturer at Columbia’s Teachers College and Syracuse University, where he discusses the keys to building a learning culture.

Training Resources to Reduce Inequality and Racial Bias in the Workplace

Virtual Meeting Overload: What It Is and How to Tackle It