If there is a silver lining to be had from The Great Resignation, it is that industries and companies — big, medium and small — are having to engage in serious introspection on how to recruit new, and keep current, workers.  This means addressing a simple question: How to create a “post-pandemic benefits package” that is innovative enough to both retain and attract talent in this volatile market? And, for workers, what will make them want to say “yes” to an offer, or to stay with their current employer?

I would argue that the answer to both is education as a benefit: In an ever-changing global economy, professionals across all industries must constantly upskill to succeed. Likewise, companies rely on up-to-date employees to stay ahead of the curve and leverage growth opportunities. Consider that, according to the World Economic Forum (WEF), upskilling efforts have the potential to create 5.3 million net new jobs by 2030. Additionally, by 2025, half of all employees around the world will require reskilling.

Education as a benefit is a win-win solution for both employers and employees, but it must go far beyond just companies offering tuition reimbursement. That is but a first step, and a baby one at that because companies that offer this benefit often see low participation rates. Nationwide, less than 10% of eligible employees take advantage of these programs, and in fact, 43% of eligible employees don’t know about their company’s tuition reimbursement programs. Moreover, these programs are primarily marketed to employees working toward a bachelor’s or master’s degree, both of which are time-intensive pursuits that may not be realistic for full-time workers, especially if they require in-person attendance. Plus, the reimbursement model often means that learners need to pay costly tuition bills upfront.

Nevertheless, with an estimated reimbursement market of over $20 billion in the U.S., employees are leaving billions on the table.  And this amount may soon grow significantly: A bi-partisan Upskilling and Retraining Assistance Act currently before Congress would temporarily increase the maximum amount of tax-free educational assistance employees can receive from $5,250 to $12,000. It would also permit employees to write off expenses for educational tools and materials.

So, the most significant barrier to maximizing education as an employee benefit is that traditional models aren’t working for today’s employers or employees. Achieving its full potential will require innovation and expansion. For one, areas of study must expand to meet the demand of current and emerging professions that will drive the global economy over the next decade and beyond. Consider that technology and healthcare, two of the most robust sectors of our current economy, have long-standing vacancies, and its worker shortages are only expected to grow over the next decade. For example, healthcare occupations are projected to grow 14%, adding 1.9 million jobs by 2028. On the technology front, jobs are projected to grow 12% in that same time, adding to the current gap of one million open tech jobs in the U.S.

In fact, it comes as no surprise that the Society for Human Resource Management reports that “education, particularly in the tech industry, is moving toward bite-sized offerings” to prepare students for the needs of tomorrow. A short course on a new programming language or a specific leadership skill provides the kind of actionable knowledge that employees need to tackle their organization’s most pressing challenges.

Education as a benefit is a win-win solution for both employers and employees.

Small private online courses (SPOCs), such as the ones created by Emeritus in collaboration with top universities such as the Massachusetts Institute of Technology (MIT) and Dartmouth, are an effective answer because they appeal to a broad audience, are led by experts in their field or by leading professors at reputable institutions, and their size allows for interactive learning that is highly tailored for maximum impact. Plus, with tuition averaging $1,000 to $2,000 per participant and high completion rates, SPOCs are affordable, accessible and provide a powerful return on investment (ROI).

For companies, the value of investing in such employee upskilling is clear. A recent study conducted by Accenture found that healthcare giant Cigna’s tuition reimbursement program had an ROI of 129%, thanks to internal promotions and lower turnover. A similar study found that at Discover Financial Services, participants’ wages increased 40% compared to their peers who had not taken advantage of the program. Emeritus’ 2021 Global Impact Survey of nearly 2,200 respondents from more than a dozen countries revealed that 94% of people said that Emeritus’ upskilling programs have had a positive impact on their career and professional development, with 96% noting that this impact came within the first 12 months after completing the program. Lastly, a just-released Gallup survey found that 57% of workers are interested in upskilling.

It is not just the students who have benefitted from companies’ education benefits; more than nine in 10 students believe that the programs they have taken have positively affected their business or organization by increasing the use of technology and other digital advancements as well as innovation in their workplace.

If we are to fully emerge from The Great Resignation with a stronger, more competitive and more loyal workforce, and a better, more effective and successful workplace at large, industries and companies across the board need to invest in education as an employee benefit.

For companies, the value of investing in such employee upskilling is clear. 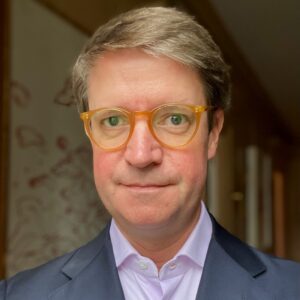 How to Make Inclusive Leadership Training Relevant for Business Leaders

L&D Takes the Lead: Pioneering the “New World of Work”