Teams that build dynamic, responsive and adaptive learning programs, from sectors as diverse as nuclear power, health care and software engineering, apply the same fundamental rhythm to their approach. That rhythm balances thinking and doing. When tuned right, the correct sequence of thinking–doing–thinking drives learning at all levels in the organization, where teams view learning as part of their “normal work” rather than in addition to, or outside the normal work. In this type of organization, there are significant implications for leadership development and training teams.

Industrial-age organizations optimized “doing” activities (picture the assembly line worker). This work was characterized by simple, repeated, physical, often individual tasks. The key to quality work was to squeeze out any variability to the product or process. This variability is an enemy to the “doing” kind of work. We call this active type of work “redwork.”

At the core of industrial organization design structure, these two different types of work — redwork, which views variability as an enemy, and bluework, which views variability as an ally — were assigned to two different groups of people. We called those groups managers and workers, salaried and hourly employees, white-collar and blue-collar workers, and deciders and doers. We dressed them in different uniforms so that we could identify who’s in which tribe.

The legacy of this organizational design, meeting structure, office layout and language continues today and is an anchor holding teams back. The managers did unending bluework, and the workers did unending redwork. Neither team developed the practices that would allow shifting back and forth between redwork and bluework, so integrating bluework into the redwork is the No. 1 challenge for today’s leaders. The problem isn’t redwork and bluework; it is the classification of redworkers and blueworkers.

Let the Doers Be the Deciders

From an industrial-age design standpoint, integrating the deciding (bluework) into the doing (redwork) means inviting the redworkers to participate in occasional periods of bluework — in short, letting the doers be the deciders. In today’s best teams, everyone is both a redworker and blueworker. There are four advantages to making this change:

This change isn’t easy. It requires using different language than we’ve used in the past, deliberately integrating new phrases into our language. For example, how about creating a “can-think” organization in addition to a “can-do” organization?

When viewed through the lens of redwork and bluework, we can see how many modern management rituals are biased toward the “reduce variability” optimization framework of the industrial age and an underlying assumption that one group decides for, and judges, another. (Performance evaluations, anyone?)

More helpful is to rethink the meeting process. Many decision-making meetings are run by discussing an issue, conducting a binary vote and then exhorting everyone to “get on board.” These meetings are designed to reduce variability at every step. The structure treats variability as an enemy, even though decision-making is cognitive bluework that benefits from variability and cognitive diversity. The discussion anchors the team to the first, loudest or most senior person’s ideas, raising barriers to expressing diverse thinking. The binary vote reduces complexity to “yes” or “no,” and “getting on board” does not allow people to hold onto their feelings.

Teams that want resilient decision-making should, instead:

For example, let’s say a company has a product release in one week. Testing has revealed some minor issues, but the company has gone on record with the release date. The company needs to make a decision about whether to launch on time or delay the launch. Preempting any discussion, the meeting starts with a poll: How strongly do you support on-time product launch? After revealing the votes, the leader invites team members with the highest and lowest numbers to speak (the people who feel most strongly for and against the launch). The remaining team members practice being curious and asking, not compelling, questions of those outliers. Once the team makes a decision, the people on the opposite side are allowed to hold on to their skepticism, but the leader asks them to commit their actions to support the decision.

Over time, this rhythm — making decisions about what to do and postulating hypotheses about what team members will learn, then diving into periods of focused activity, then raising their heads and reflecting on how they’ve done — will propel the organization forward. Organizations that use this approach are often described as learning, agile, adaptive, resilient and enduring.

The key is to think of the work rhythm as learning and for learning advocates to integrate this rhythm into training events as well, modeling and practicing the rhythm and work structures used in the rest of the organization.The doers observe and reflect upon their own efforts.

As you plan training, think about the rhythm between thinking and doing, between bluework and redwork, and between embracing variability and reducing variability. You’ll have more effective training — and you’ll be a model for the other parts of the organization to follow.

Integrating the deciding (bluework) into the doing (redwork) means letting the doers be the deciders. 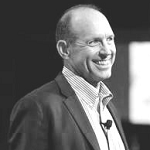 David Marquet, a top graduate of the U.S. Naval Academy, commanded the nuclear-powered, fast-attack submarine USS Santa Fe from 1999 to 2001. Since retiring from the Navy, he has worked with businesses nationwide as a leadership consultant. He is the author of “Turn the Ship Around: A True Story of Turning Leaders Into Followers” and “Leadership Is Language: The Hidden Power of What You Say — and What You Don’t,” out today from Penguin Random House.

Aligning Training Across the Employee Lifecycle