Over the last several years, the market for automation has grown steadily, a trend that is expected to continue as we move further into the future. According to one recent report, the global process automation market approached nearly $77 billion in 2019 and is projected to end up north of $114 billion by 2025 — and perhaps even higher than that due to COVID-19’s impact on digital transformation.

As automation becomes more common in the workplace, alarming predictions have emerged around the future of human labor. For example, the World Economic Forum (WEF) forecasts that automation will take over about 85 million jobs by 2025. At the same time, however, other studies have found that automation’s impact won’t be anywhere near as severe. In fact, automation might actually have the opposite effect on employment entirely. As a recent report by Wharton illustrates, organizations that embrace automation will actually end up hiring more people. Even that very same WEF forecast noted that the future technology-driven economy will supply 97 million new jobs. Clearly, the jury is still out on this one, and only time will tell.

As technology helps companies become considerably more productive, businesses will have to increase headcount in other areas to keep up with the demand for job and growth opportunities. So rather than a simple shift from human to machine, automation is more likely to bring a shift in the types of skill sets that will be in demand and promote job growth in new areas, driving the need for increased training and development.

Imagine a world in which you no longer had to do the most repetitive parts of your job ever again. Not only that, technology would do it for you, and it would never make any mistakes — freeing you to invest more time on the things that matter most. This is the true promise of automation. As such, it’s no surprise that one recent report found that 76% of U.S. workers agree that investments in automation have made their jobs easier.

Today, organizations can automate many important tasks, like accounts payable and some customer support functions (e.g., with chatbots). At the same time, there are other mission-critical business functions and operations that shouldn’t be automated (at least not any time soon), including: customer service, diversity, equity and inclusion, emotional intelligence, health and safety, and more.

To make the most out of an automation-powered world, organizations need to invest in their people, providing modern learning and development (L&D) opportunities to more effectively cultivate these essential skill sets that can be an employee’s most important value-add to the business.

To make the most out of an automation-powered world, organizations need to invest in their people.

L&D’s Role in an Automated Workplace

As organizations automate the “busy work” out of our day-to-day lives, they now have the chance to re-invest time and effort into upskilling and reskilling employees, attracting new talent and providing growth opportunities to existing teams. With opportunity comes a responsibility to ensure employees are prepared for these new responsibilities and roles. Companies should view this as an opportune time to innovate not only on the automation of repetitive tasks but also their L&D programs that will train employees on these new skills.

This is not innovation for innovation’s sake: An effective L&D program is much more than a way to ensure your teams can unlock their full performance potential. It can also be a critical tool that combats worker attrition, which is currently high across nearly all industries. In fact, recent research suggests that a whopping 94% of employees would stay at a company longer just by having opportunities to learn new things and develop new skills.

More innovative and impactful L&D opportunities ensure that your team produces at its highest level while increasing employee engagement and reducing turnover. Organizations end up much stronger because of it, developing a loyal team of talent that sticks around and rises through the ranks, inspiring the next generation of company leaders along the way.

The Next Frontier of Learning Technology

Simply making the decision to adopt new L&D methods and technologies is a good start, but determining how best to achieve the results you are aiming for takes an understanding of how people learn most effectively.

There’s no question that people learn best by doing. After all, there’s a world of difference between giving your team materials and asking them to digest them on their own time (i.e., passive learning) and enlisting them in group projects, in one-on-one coaching or in role-playing activities (i.e., active learning). While passive learning can help employees learn new things to an extent, it doesn’t adequately prepare them to perform in the real world. Companies need to provide more active learning opportunities that can engage employees while providing effective training. The key here is to be able to do this at scale.

One proven method is by embracing technologies like VR-based immersive learning, which helps companies implement and scale a more impactful and equitable learn-by-doing approach. By creating an interactive virtual environment, learners can simply put on a headset and train quickly and safely and without distractions or waiting for instructors. They can practice critical, real-life scenarios in the same pressure-packed environment, but without actual risk.

For example, with VR, new hires can be virtually transported to a warehouse floor, where they can practice hands-on skills and tasks in a safe environment without needing time from coaches or valuable space in the physical warehouse. This is especially beneficial for safe and accelerated onboarding to support peak periods such as the upcoming holiday season.

When automation is used correctly — and employees are given the tools and resources they need to succeed — incredible things can happen. All of a sudden, organizations can invest more time and energy in the bigger picture instead of focusing on the minutiae, enabling them to deliver more and more value to their customers.

Though it’s understandable why some might be concerned about automation, it increasingly appears as though the gloomiest predictions about job loss have been off the mark. As a result, smart investments in automation coupled with new L&D methods and technologies can help employees upskill and reskill quickly as responsibilities change. This might very well be the determining factor between organizations that will adapt quickly and those that may fall behind.

When automation is used correctly, incredible things can happen. 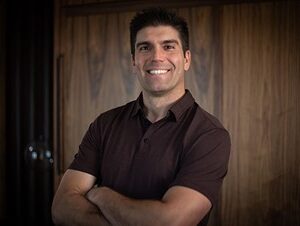 Derek Belch is the founder and CEO of Strivr, the leading provider of Immersive Learning solutions. With a passion for sports and expertise in immersive technology, Derek set out to reinvent and shape the future of how people learn.