There’s no doubt that working in a hostile or negative environment can take its toll on our mental health. In fact, according to the Mental Health Foundation, workplace stress is now the No. 1 cause of long-term sickness absence in the U.K.

It’s therefore not surprising that more and more people are looking for ways to improve their resilience and protect their mental well-being.

Labor markets have changed, too. According to the U.K.’s Office for National Statistics, job vacancies rose to a new record of 1,318,000 in the period from December 2021 to February 20222, which is an increase of 105,000 from the previous quarter. One reason for the rise in job openings across the U.K. is The Great Resignation.

The Great Resignation’s Impact on the European Job Market

According to Catalyst research, one-half of workers surveyed plan to change employers in the next few months. This is part of why The Great Resignation has prompted high vacancies and burnout caused by pandemic-driven unemployment rates across Europe. The so-called “quit rate” in November 2021 reached an all-time-high of 4.5 million people who quit their jobs, a record that has never been seen before and shows no sign of slowing down anytime soon.

In today’s job climate, workers across industries are confident that they will find new opportunities, especially workers in in-demand industries, like tech and construction. However,  with mass resignations continuing at an unprecedented pace, the U.K.’s private sector will struggle to secure the talent it needs. Wages are up, but not by enough. Businesses are doing anything they can to recruit and retain staff, from offering higher wages and more flexible work arrangements to giving out signing bonuses.

The recent wave of mass resignations will come at a considerable cost to the U.K.’s private sector. An article published by The Guardian claims that Oxford Economics found that it takes recently hired professional workers 28 weeks or nearly three months to reach optimum productivity, which has an attached price tag of £25,200 per employee. That does not include the costs incurred from hiring and training replacements for those who have left, which can be a huge burden on businesses that are already struggling to stay afloat during this pandemic.

What Solutions Are There?

Burnout is a huge factor behind The Great Resignation, and is caused by many elements such as working long hours, feeling undervalued or being in a hostile environment.

There are many measures employers can suggest to employees struggling with burnout, including:

While the majority of firms expect to see an average pay increase over the next 12 months, some employers are anticipating higher rates.

The Guardian reported that, according to a recent survey, 43% of respondents planned on increasing employees’ pay by 2%. And 25% of respondents anticipated a 3% wage increase over the next year. This is in direct contrast to what we have been seeing since the pandemic started. Many businesses are trying to keep a lid on costs, and one way they are doing this is by not increasing wages as much as they would like. The survey also found that a majority of employers planned on increasing bonuses, but only if their business was successful, which is another way of saving money by cutting down on excess expenses.

Burnout is a huge factor behind The Great Resignation.

Job Security and a Positive Culture

In the midst of all this uncertainty, many people are looking for job security. This can be difficult to find in a time when everything seems so unstable and unpredictable. Offering employees job security can help reduce the risk of them resigning. This could take the form of guaranteeing them a certain number of hours to work each week or offering them a contract for a specific amount of time.

It is also important to create a positive work environment where employees feel appreciated and valued. This can be done by offering training and development opportunities, recognizing their achievements and providing support when needed.

The Great Resignation has had a massive impact on the U.K. workforce. It will be interesting to see how businesses adapt in order to retain.

Why Is Employee Retention Important?

Employee retention is crucial to a company’s success and there are lots of reasons why it should be considered an important part of any business model.

Consistent vacancies in any organization can hinder productivity levels as well as employee morale, because employees aren’t happy when their colleagues quit working there all at once. With skilled talent in limited supply, it becomes harder for management teams to delegate tasks effectively and can lead to poor customer service due to overtired, overworked employees. The U.K. is one of the few countries in Europe with an unemployment rate below 6%: By supporting employees holistically, employers can retain their people for the long-haul.

It is important to understand how employees feel about their workplace in order to maintain a healthy work environment. Finding ways for your staff members to be resilient and self-motivated will ensure that they stay engaged with your company, even when there are tough times ahead.

Creating well-structured support systems can help avoid burnout which leads to high turnover rates among employees as well as increased absenteeism due to not only physical ailments but also mental health issues that can often be avoided if proper care was taken in setting up these systems beforehand.

In the end, remember: Employees are the foundation of any company. Their happiness will ensure success for years to come.

Employees are the foundation of any company. 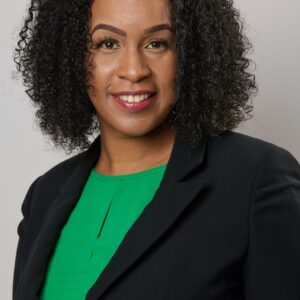 Martina Witter is a cognitive behavioral therapist and corporate trainer  with over 15 years experience working within the mental health field in the U.K. Martina has a passion to see individuals thrive holistically in life through being revived, restored and refocused in life.