“Work should ennoble, not kill, the human spirit.”

So said Harvard professor Teresa Amabile after studying 12,000 work diary entries of more than 200 professionals working in seven different industries. She found too little evidence in the diaries of that ennobling attribute but abundant signs of disengagement that was sapping morale and productivity. Professor Amabile put the cost of employee disengagement at $300 billion a year in the United States — more than half of what the economy commits to research and development.

Her remedy has become known as “the progress principle.” It’s the idea that productivity, performance and morale all rise when workers feel they are making personal progress as well as completing tasks. That progress might be learning a new skill, overcoming a challenge or taking a forward step on their desired career path.

The difference between action and purposeful action is belief. If people don’t believe that they are valued or that there’s value in their work, they’ll forever dream of being somewhere else … frankly, anywhere else. If you want to deliver extraordinary results, you need belief to animate every task, project and transaction.

The difference between action and purposeful action is belief.

The belief you need to nurture to make work meaningful exists on three levels: belief in the organization, belief in the team and self-belief. You need at least one in play to make any kind of progress; you need all three in play for the business to reach extraordinary goals. Break down complexity, and make roles and tasks relatable to business outcomes and strategy, even if those tasks are mundane. The task may seem small, but whoever is doing it needs to understand how it contributes to a bigger goal.

Of course, leaders need to be honest. There is a phrase from the military, “embrace the suck,” that means to consciously accept or appreciate something that is unpleasant but unavoidable. If leaders have done their job and made every task relatable to wider objectives, the task might be dull, but employees will see the reason for it.

Allied to honesty is transparency. It’s easier to believe in what you’re doing, and in your team and organization, if you have a clear sense of what your co-workers are working on and how their efforts combine with yours to reach the desired result. Unfortunately, according to the Workfront “State of Work” report, 86 percent of U.S. workers say they do not have a clear idea of what their colleagues are working on. It’s time for that to change.

Business psychologist Tony Crabbe has revealed that a culture of “busyness” holds back productivity. Busyness is the culture of perpetual motion. Everyone feels there’s not enough time to do the jobs they’re paid to do. They are spending about 40 percent of their time (according to Workfront research) working on tasks that don’t appear in their job descriptions.

A culture of “busyness” holds back productivity.

Crabbe’s most recent research at the University of Utrecht found a disconnect between workers’ monthly, quarterly and annual objectives and how they decide to prioritize their day-to-day work. In an interview for the book “Done Right: How Tomorrow’s Leaders Get Stuff Done,” he explained:

What we’re trying to do now is get people to insert a question before committing their time: “Should I check my email now or go to that meeting?” or “Which is more valuable: working on my three goals or spending a couple of hours in a meeting?” It then becomes a meaningful choice.

Over time, I expect Tony’s research will show that thinking about day-to-day actions in the context of strategic goals will increase productivity, results and the velocity of action.

3. Use Technology to Make Smarter Decisions.

The central principle at the heart of “Done Right” is the belief that in our age of automation, the fundamental challenge of leading people to get work done will not diminish. Old command-and-control management, which was born in the age of pen and paper and survived the telegram and telephone, simply won’t work when digital data flies around a business at 10 megabits per second.

In our age of automation, the fundamental challenge of leading people to get work done will not diminish.

As Eddie Obeng, author, business founder, TED speaker and professor of entrepreneurship at the Henley Business School, said in his interview for “Done Right”:

In the old world, you could get an idea to a boss, they could make a decision, and pass it down. Now information is moving at a thousand times that speed. You can never supply enough information to your top team for them to be informed and make a sensible decision and pass it down. The hierarchy is broken. It doesn’t work. We need a networked system.

Collaborative technology needs to animate every aspect of business operations, from the C-suite to people starting their first job.

Not every job is about changing the world. But people’s productivity will grow when they believe their work has meaning, when they can see how it fits with colleagues’ and wider corporate or client goals, and when they feel they are collaborating and their voice will be heard.

Ennobling the human spirit might sound like a lofty aspiration — and it is — but work and leadership, done right, will also make a difference to the bottom line.

Ennobling the human spirit sounds like a lofty aspiration, but work and leadership, done right, also impact the bottom line. 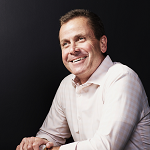 Alex Shootman is CEO of Workfront and author of “Done Right: How Tomorrow’s Leaders Get Stuff Done.”

The Transformation of Training: 3 Disruptions Changing Learning and Development

The Learning and Development Opportunity for 2021