Over the years, I’ve both read and heard others repeat the quote from Henry Ford, “Whether you think you can or think you can’t, you’re right,” which captures the essence of limiting beliefs. “Limiting beliefs” is a term many aren’t familiar with, but they plague growth and development. They are limits we place on our ability to accomplish or act on something, sometimes without realizing it. Limiting beliefs often hold us back from change, from seeing opportunities, or from realizing the skills we possess and working to grow them.

Ending this practice of putting limits on ourselves is often harder than it sounds. We’ve formed barriers in our thought process, but by recognizing these beliefs, we can challenge them. Just like with any area of our lives that we want to change, we can set goals, take actions, start to see our opportunities differently and make active choices in a new way. To take steps toward action, consider the following three steps, each building off the others, to move past the limiting beliefs you put on yourself.

To move past a limiting belief, we have to be real with ourselves and “own” that we put the belief in our own path. One way to do so is a tool called the accountability ladder. I’ve seen multiple variations of this ladder over the years; this one provides great insights for everyday application.

Once we acknowledge that we put the limiting belief in front of ourselves, we’ve become accountable for it. Now, we have the power to own it and create solutions to overcome it. From there, we can work to dismiss the belief.

Once we acknowledge that we put the limiting belief in front of ourselves, we’ve become accountable for it.

Many people become caught on the step of the accountability ladder called “wait and hope.” They feel it’s not within their control to make changes, and they wait and hope the person they think should change does so. Challenge yourself to go beyond the first solution you think of. Share the idea with others, withholding your limiting beliefs. Since those people aren’t emotionally attached, they often present ideas we hadn’t thought of. This process is similar to coaching, in which the objective coach questions the client’s limiting beliefs, because he or she doesn’t see the barrier the way the client does.

Once we have challenged and dismissed the limiting belief, it’s easier to open our minds to other ways of accomplishing what we originally hoped for. Now, we can see opportunities. After dismissing our limiting belief, it is time to roll up our sleeves and put the work in.

After dismissing our limiting belief, it is time to roll up our sleeves and put the work in.

Many people have the limiting belief that success and failure are different ends of a spectrum. The reality, though, is that the two are intertwined and know each other well, because they have a common relationship with trying. In fact, success comes from failing. If we try and fail but keep trying, we will eventually meet success. Our experiences are sometimes difficult and sometimes fun, and we learn along the way.

As we learn that failure is a part of success, we start to develop a mindset that there are always options in our control. We may not see them right away, but if we are willing to try, we open the door to different ways of accomplishing the outcomes we are striving for. We move past the limiting belief that the outcome is a one-way path controlled by someone else into the mindset that we own our reality.

Limiting beliefs are alive in most people’s lives. They are often “easy outs” when we don’t accomplish a goal. Remember, though, that the people you look up to, who have achieved great success, had limiting beliefs at one point, too. They acknowledged those beliefs, dismissed them, and tried and tried again until they succeeded. Many people with limiting beliefs laughed at these role models, called their ideas crazy, and watched them fail and fail again … until they didn’t fail anymore. Keep pushing through your limiting beliefs; be ready to fail; and realize that with each failure, you’ll still be on the path to success.

Push through your limiting beliefs, and realize that with each failure, you’ll still be on the path to success 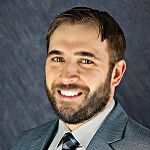 The Metaverse: Challenges and Opportunities for Training