One of the biggest challenges for organizations is bringing new sales reps up to speed quickly. In fact, Revenue Collective and MindTickle’s recent “State of Remote Readiness” report found that for over half of respondents, ramping up new on their product was their most pressing initiative. A related challenge is making experienced reps effective after a market shift.

In either case, the more quickly they can ramp up and become productive, the better — for both the rep and the company. In theory, a quick ramp-up time translates to faster closed deals and met sales goals. A fast ramp could also mean the new hire is less of a drain on resources both in terms of time and money spent on training.

In practice, however, time to ramp — which includes the acquisition of knowledge and requisite skills — doesn’t automatically mean the rep is field-ready and bringing value to the team. For example, if a new rep closes a deal in the first few weeks, is it a high-quality deal, or is it likely to churn? Is it the right use case? Or, maybe a partner has gone through all the certifications but is still not unable to articulate the company message and isn’t bringing the desired quantity of quality deals to the table.

Despite their quick ramp, how much value do the individuals in either of these scenarios actually bring in the long run? Are they contributing to the organization’s goals? It’s no wonder that, according to TOPO Research’s recent sales enablement market survey, “tracking and communicating impact” was the top challenge for sales enablement leaders.

Shifting the conversation from “time to ramp” to “time to value” means challenging the traditional ideas around what “fully ramped” means. If you measure it by the number of bookings reps make or whether they’ve reached the same number as the average tenured rep, great! But many organizations measure it by whether reps has finished reading all the required training content, watched all the training videos or completed their mock sales presentations.

Unfortunately, if these metrics are standard for measuring your reps’ field readiness, you might encounter some lost deals or quality issues. At the very least, you’ll have reps who take much longer to pull their weight.

When barriers to success emerge, the knee-jerk reaction is to start pointing fingers. Who’s to blame — sales enablement or the reps themselves? The blame may even lie with the leadership team and its tendency for information overload or failure to adopt enablement tools.

The solution lies in communicating the desired outcomes, which then determines the associated KPIs to measure.

Defining the Key Performance Indicators That Underpin “Time to Value”

The solution lies in communicating the desired outcomes, which then determines the associated key performance indicators (KPIs) to measure and, subsequently, the tactics that achieve them. Outcomes could be anything from higher user engagement rates to faster deal cycles to increased addressable pipeline or any other metric that you can tie directly to increased revenue or profitability.

Let’s take sales efficiency as an example of an organization’s desired outcome. One way to achieve it is by reducing the time it takes for a rep to find relevant content — perhaps by an hour or two per week. One to two hours each week is 3% to 5% of a 40-hour workweek. That 3% to 5% can, theoretically, go toward building the pipeline. Tactics to reduce the time it takes to find relevant content include building a sales enablement program that empowers reps to meet their goals rather than housing content in a learning management system (LMS) and expecting the rep to engage with it. This simple example includes an outcome, a concrete KPI and tactics to achieve that KPI.

There are other, equally important outcomes that have less to do with a new rep but are nonetheless linked to a rep’s value. One example is using upselling or cross-selling to increase deal size. There might be content to help reps with this sales tactic, but it doesn’t do much good if it’s stuck in a repository and the reps don’t engage with it. To ensure that they do, the information must be made more easily consumable and put into the rep’s hands more quickly. Tactics that will help here include using bite-sized updates — information delivered in short, easily used bursts or in a series of learning modules.

Still another outcome is talent retention. If reps feel that they’re unable to make commission because their company fails to invest in them and they can’t easily find the information they need to be successful, they could decide to seek employment elsewhere. Unfortunately, when a rep leaves, they take with them the relationships they’ve cultivated with customers. Not only must a company spend thousands to find and train a replacement, it must also find a way to help the new rep take over existing deals and form new relationships to move those deals forward. Often, this process can delay a deal by a quarter, directly impacting recognizable revenue. You can avoid this type of attrition with tactics that give reps tools that help them be more confident in delivering their pitches, such as relevant content delivery, virtual role-playing and coaching.

Clearly, the goal for any sales leader is to drive better deals and accelerate sales cycles. But achieving this goal requires more than just ramping up reps by asking them to read content and cross it off their training to-do list. When an organization takes the time to define desired outcomes and KPIs, “value” becomes the default metric, and ramp-up time — with its associated non-critical measurements of onboarding time, number of training days completed, amount of content read and number of courses watched — is rightfully seen as a less accurate way to measure readiness.

When an organization takes the time to define desired outcomes and KPIs, “value” becomes the default metric. 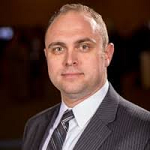 Blair Tolbard is a value management professional who has built a career around helping companies define and quantify project success metrics. He is the head of value consulting at MindTickle.

How to Develop Effective Training Videos Your Organization Will Love: Part Two