When we announce a new training program, particularly one that calls for new behaviors, what response should we expect? Most people resist change; we like certainty, preferring the current position. According to Daniel Kahneman’s research, the average person needs a 2-to-1 perceived advantage when facing a coin toss scenario to abandon his or her current position. In his book “Influence: The Psychology of Persuasion,” Robert Cialdini cites the motivator of consistency – we want to be consistent with our past actions and in alignment with our self-image.

Often, resistance to sales training stems from learners’ self-image: “I’m not the kind of person who does this behavior.” This leads to a rubber band effect, whereby they learn new material but don’t implement it, because it conflicts with their self-image. They “snap back” to old behavior, like a rubber band. One example might be a salesperson’s failure to ask “big fans” for an introduction. Big fans are the superhighway to growth, yet most salespeople won’t proactively request introductions, because they consider it to be socially inappropriate behavior.

This resistance to change presents great challenges when an organization needs to make a paradigm shift for long-term survival and health. Frequently, mature organizations have become “civilized,” moving from “do-or-die” to “best efforts.”

Resistance to change presents great challenges when an organization needs to make a paradigm shift for long-term health.

For a successful sales training or change program, an organization needs:

The bold vision ideally has two components: a crusade for the organization and a motivational schema for the salesperson. The bold vision typically involves the salesperson bringing “type 3” knowledge to prospects in a crusade – teaching them what they don’t realize they don’t know. Ideally, the rep should present this type of knowledge with a compelling, visual, iconic metaphor. This approach helps engage the prospect who says “I’m good,” even if, perhaps unknowingly, they are drowning. (People tend to prefer the devil they know to the devil they don’t.)

The motivational schema for salespeople ideally has two components: generating respect and generating self-respect. When the salespeople see themselves on a crusade to bring type 3 knowledge to prospects who are drowning, it generates self-respect – they see themselves as heroes who open closed minds. When a selling system demands that the prospect act respectfully, it generates respect.

A bold vision backed up by elements that mitigate risk allows salespeople to earn “the right” to prospect engagement. Examples include filling out a credit application, offering a facility visit or providing an introduction to the CEO. This engagement generates respect in a profession often associated with disrespect. When a selling system delivers both respect and self-respect, the sales team is motivated and embraces the change program.

A final critical component is applying the diffusion of innovation model. When change takes place, it isn’t all at once. People change at different rates. According to the diffusion of innovation model, 2.5 percent of a group are innovators. You need to have at least one innovator in any change program, ideally a pilot group. The innovators will affect the “early adopters,” who are estimated at 13.5 percent of the group. The change will then cascade through a team or organization.

By following this program, you can radically change selling behavior in 90 days.

You need to have at least one innovator in any change program. The change will then cascade through a team or organization. 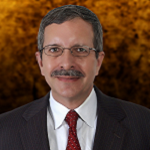 Andy Gole has delivered sales training and consulting for over two decades and taught for eight years at Farleigh Dickinson University’s Rothman Institute for Entrepreneurial Studies. He is the author of the book “Innovate Now: 16 Sales Innovation Techniques,” out this May from Motivational Press.