A company that can’t sell can’t survive. I think we’ve all realized that in a market economy, sales are self-evidently good, like oxygen. So, it is hardly surprising for many years we have sent salespeople to a multitude of training programs in an effort to teach them how to sell more stuff.

We attempt to accomplish this by putting a salesperson in a classroom, virtual class or an online course and hoping that some new formula or technique will prove transformative, sparking dramatic improvements in performance.

Over the years, we blindly switched methodologies in search of the right formula to improve salespeople:

I’m sure you’ve heard speculation about how many salespeople don’t ask for the order even once and how few sales books salespeople have actually read. But those statistics have no basis in fact. Nor do they give you a clue what’s needed to develop sales talent.

Fortunately, selling is a skill, not a style. In fact, hundreds of skills may be involved in making a complex, business-to-business sale. But here’s the rub: Humans don’t have much luck trying to learn hundreds of skills at once. What’s more, companies and their managers can’t measure, reinforce or reward that many. If training is to have a significant impact on sales performance, it has to concentrate on building a manageable number of skills.

Selling is a skill, not a style.

Over the past 25 years, The Sales Board, Inc. has assessed more than a half million salespeople to determine the most important skills salespeople use during the sales call process. What has emerged from the data are five critical selling skills that produce the greatest gains in sales performance improvement.

Because these five are skills and not personality traits, they can be taught and learned, they can be improved and they can be measured. If you want to make the greatest impact on sales performance, the data says this is where to focus your training time and energy.

Analysis of decades of research and over 31.5 million data points revealed the average gains in how to properly leverage these five skills produced a 43% improvement in knowledge increase and a whopping 85% improvement in the ability to apply the skills in the field.

These five skills can be taught and learned, they can be improved and they can be measured. 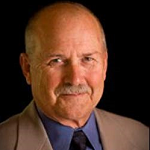 Duane Sparks is chairman and author of Action Selling.

Workstream Raises Additional $60M, Extending Series B Round to $108M