Sales coaching is almost universally regarded as the most important aspect of a sales manager’s role. Supporting coaching generates almost a 20-percent improvement in sales objective attainment, and almost half of sales reps, who are sometimes skeptical of development initiatives, view coaching as one of the best ways to reinforce new skills they’ve been trained on. But many sales managers are ineffective at coaching. Here are some of the most common mistakes they make and how to avoid them.

1. Failure to Understand the Difference Between Training and Coaching

The most fundamental error sales managers make is when they don’t understand the difference between sales training and sales coaching. In a nutshell, sales training is about the acquisition of skills, best practices and techniques. Sales coaching is about the application of learned material and theory to daily work. Many sales managers misguidedly believe the solution to a problem is to review a skill – in essence, rehashing the training. In reality, the fix is frequently coaching.

The most fundamental error sales managers make is when they don’t understand the difference between training and coaching.

For example, let’s say a sales rep is having difficulty reaching a decision-maker because her “gatekeeper” always says she is too busy to take the call. The sales manager’s default reaction might be to have the sales rep review the training materials on how to overcome that objection. But an effective coaching strategy might take it a little further by listening and analyzing the call recording and creating a role-play scenario that replicates the challenge the sales rep faces.

2. Coaching Too Late or Not Often Enough

According to CSO Insights, slightly less than 20 percent of a sales leader’s time is spent coaching, a broad statistic further buttressed by the fact that many sales managers only meet with their sales reps once per month. That rate lends itself to after-the-fact coaching – which also happens when a manager meets with a rep shortly before a close or after a loss.

The solution is simple, clear and two-fold: to meet more frequently – at least once every two weeks, if not every week – and to intervene with meetings much earlier in the selling process at critical stages (for example, when trying to convert a qualified lead into a prospect). Closer attention and scrutiny will provide the opportunity to head off potential sales rep blunders at the pass, save sales and lead to more chances to close.

3. Emphasis on Results and Quantity, Rather Than Behaviors and Quality

Because sales managers are, themselves, often evaluated on the effects, outcomes and numbers of their sales team, they transmit those urgencies and priorities to their reps. But that doesn’t help sales reps develop and improve their skills, nor does it incite the behavior changes that lead to better outcomes and numbers.

As a corollary to this problem, putting the spotlight on outcomes results in reactive so-called coaching that nitpicks the negatives. In one experiment, when a group of veteran sales managers were asked to watch and comment on a balance of good and bad points, 82 percent of the comments were about the negatives. This mindset leads to a demoralized sales force.

To reverse these trends and coach more effectively, sales managers should look first at the behaviors in need of improvement and coach to those behaviors with an eye toward sustained change. This strategy will have greater long-term impact and quicker adaption in the quest for developing sales reps.

Sales managers should coach with an eye toward sustained change.

What if there’s a sales rep or team that either doesn’t respond to praise or, worse yet, becomes complacent because they hear the compliments and not the criticism? In that case, managers should focus on criticism but construct it in a more neutral way by:

This approach prevents blaming while helping the people the manager needs to coach see the significance of the adjustment and why it needs to happen.

4. No Road Map for How to Reach Objectives

Frequently, sales managers are able to provide target goals – for example, “qualify 10 leads this week” – but they often don’t lend the necessary support in reaching them. When you have that situation, sales reps are left at sea, drifting and searching for a way to hit those targets in whatever way they can think of. The end result is that some will hit their numbers, and some won’t.

A lack of direction can jeopardize a defined sales process. As a result, sales messaging and communication may become inconsistent, and the customer experience will suffer. To correct this problem, sales managers should provide clear guidelines and instructions on the methodology. For the example goal of “10 qualified leads,” this could involve providing a script template personalized to the rep or potential prospect, parameters for specific types of leads to pursue, etc.

A lack of direction can jeopardize a defined sales process.

Too often, sales managers can fall into the trap of coaching all their sales reps the same way. While the theory behind it seems sound – there’s consistency, and everyone knows what to expect going in to the session – what it translates into is uneven outcomes. After all, people are different in terms of their motivations and what they respond to.

Alleviating this issue involves figuring out the psychology of each team member. For example, some reps might respond positively to blunt, direct feedback. Others might need some praise along with criticism. Some may prefer to think and discuss in terms of abstractions, theories and generalizations, because they’re able to fill in the specifics themselves. Others may think more concretely or literally, and a more detailed, step-by-step coaching endeavor may be more effective. Some might see needed changes more clearly through roleplays, while others may derive greater benefit from reviewing past examples of their work. In short, encourage sales managers to make an effort to get to know their team members and how they respond to feedback.

Encourage sales managers to make an effort to get to know their team members and how they respond to feedback.

There’s a lot of mistakes, some with genuinely good intentions, that sales managers commonly make – especially if they haven’t been trained and coached well. But by keeping in mind these pitfalls and their solutions, sales managers can maximize the productivity, success and effectiveness of their sales teams. 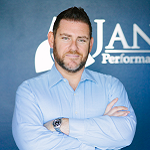 Workstream Raises Additional $60M, Extending Series B Round to $108M