It was 1997 when a large cow-spotted computer box was delivered to the home of the new western states area manager for a global training organization. The computer was set up in a freshly painted room now deemed the home office, located right next to the baby’s room. Telecommuting was rare at the time, yet many of the challenges that had to be conquered back then are still faced by remote workers today. Here’s a reflection on what has and hasn’t changed in the past couple of decades of telecommuting.

Actually, it seems that the attitude pendulum swings back and forth on the topic. Telecommuting was previously viewed as code for staying home and taking care of your kids while you tried to get some work done. However, most early telecommuters paved the way for a new way to work and proved not only that it could be done but that working from home could create positive results.

When then-chief executive Marissa Mayer banned telecommuting at Yahoo in 2013, there was an uproar. Thought leaders such as Richard Branson criticized Mayer for being out of touch with the modern workplace. Branson believed in leveraging technology and giving people the flexibility of choosing where to work.

Today, the new generation of remote workers calls themselves “digital nomads” or the “gig culture.” Some people openly admit that working from home is not for them, while employees who have embraced the lifestyle swear that they could never go back.

2. The Language Has Changed

Virtual work has taken many names and developed a variety of nuances since the late 1960s, when it began. Current terms for this phenomenon include:

Telecommuting: A term coined by Jack Nilles, the father of teleworking, while working on a project for NASA.

Remote workers: These folks generally work full time for a company but in a satellite office, such as a co-working space or executive office suite.

Working from home: This term assumes there is a dedicated home office, not just a kitchen table. Both employees and entrepreneurs work from home. These folks are also often found working from local coffee shops, sometimes in a desperate attempt not to be alone.

Digital Nomad: Working wherever and whenever you want, anywhere in the world.

…Not that we ever expected them to. Time zones remain a challenge for building collaboration or simply scheduling conference calls in a global organization. In the spirit of inclusion and to share the global pain of working odd hours, day and night, one global client rotates the “ideal” time for regular team calls. However, in a recent 6 a.m. call with a global Fortune 50 client, none of the international employees attended, even though it was regular business hours in their time zone. Today, despite the numerous apps to help us figure out the best time to hold a virtual meeting, people are still people. It is still frustrating when schedules are adapted to include everyone, and people still dodge meetings.

Every remote worker needs to have an agile mindset and mobile mentality.

This is not big news. The tools we use are smaller, faster and smarter and allow us to keep in touch across the globe. We used to see video phones only seen in science fiction. Now, we carry them in our pocket. There are smartphones, smart watches, smart scales, smart speakers and smart houses. Then there’s AR, VR and AI … The sky seems to be the limit, but the human spirit seeks more. The art and science of working remotely means learning to use these technologies as tools and not allowing them to become a distraction.

One change that especially impacts remote workers is the change in data and file storage. Before cloud-based computing, data was stored on paper, a hard drive, and/or back-up drives and tapes. It was cumbersome, and it was not unusual for a device to crash during the back-up, losing all the data. The convergence of information technology and telecommunications was, perhaps, the biggest game-changer for virtual workers; the advent of the smartphone enabled work to be not only remote but also mobile.

5. The Skill Set Has Changed

Every remote worker needs to have an agile mindset and mobile mentality. The ability to work anywhere means that virtual workers can quickly shift from a client presentation to a conference call to a parent/teacher meeting to writing a report … but perhaps the need for this skill isn’t new. Skills that are new include learning to be your own tech support and troubleshooting team, as well as information and file management across devices and platforms, inside or outside of corporate intranet. The ultimate new skill, however, is power management: the simple skill of keeping all your devices powered so they are ready when you need them!

At the end of the day, people still need to connect and communicate with each other. Community, connection, camaraderie, co-working … whatever we call it, people connect in many ways. We know that face-to-face and live video beat a simple phone conversation, and a phone conversation often beats email or other text-only communication. When it comes to remote workers, the key is frequent and consistent communication, especially when it comes to challenges, project updates and proven results. “Offsite” does not and cannot mean invisible.

7. Virtual Meetings Have Kind of Changed

WebEx launched in 1995, so a couple of decades ago, web-based meetings did exist. However, the technology was glitchy, and bandwidth became the next big problem for virtual offices. Web-based meetings were new fun and exciting, and organizations began to realize that they could deliver learning virtually to audiences big and small. Another new skill set emerged for learning and development professionals: the ability to design and deliver live online learning programs.

8. We Still Have Paper

In the mid 1970s, information scientist Frederick Wilfrid Lancaster envisioned a “paperless society.” You need only look around the average office to see that this vision is still a pipe dream. Some say that the use of paper is on the decline worldwide, while others say it is increasing; regardless, the paperless office has clearly not arrived. In the meantime, though, you can do your part by using less paper.

The home office for that area manager looks very different now. The baby’s room has long since been remodeled, and that child is now attending college. The changes have been many, from attitudes and language to developing new skill sets to deliver results wherever the classroom or meeting is located. Keep your head up, though! There is still a lot of hard copy materials and paper. Take notes when communicating in that global team meeting at 6 a.m.! 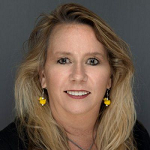 Dr. Maureen Orey, CPLP, is the founder and CEO of the Workplace Learning & Performance Group, a boutique training and consulting firm based in San Diego. She and her team are architects of resilient leaders and organizations who nurture the capacity to stay afloat.

5 Challenges of a Hybrid Workplace and How to Overcome Them