I finally saw “Hamilton,” the musical by Lin-Manuel Miranda.

I wanted to see it live, but couldn’t get to New York or afford ticket prices when it was selling out on Broadway. And I didn’t land a lottery ticket when it was in Los Angeles, Chicago or San Francisco. But I’ve already watched it on Disney+ three times this month, and there’s a good chance I’ll watch it again this weekend. The soundtrack is on heavy rotation during the day.

“Hamilton” won 11 Tony Awards and the Pulitzer Prize for Drama. If you, similarly, want to deliver an “award-winning” presentation, here are five lessons you can learn from “Hamilton”:

1. Start With a Question

The musical starts with a question, and the rest of the show explores it: “How does a b——, orphan, son of a w—- and a Scotsman, dropped in the middle of a forgotten spot in the Caribbean by Providence, impoverished, in squalor, grow up to be a hero and a scholar?”

Posing a question is one of the easiest and most effective ways to start a presentation. It immediately gets the audience thinking and starts them on a journey with you. It also alerts them to the benefit of your presentation — why they are there.

The Latin phrase “omne trium perfectum” translates to “everything that comes in threes is perfect.” Two isn’t enough. Four is too many. Three is perfect.

There are several threes in “Hamilton”:

Steve Jobs’ Stanford Commencement address is an example of using the rule of three for maximum effect: “Today I want to tell you three stories from my life. That’s it. No big deal. Just three stories.”

Posing a question is one of the easiest and most effective ways to start a presentation.

If you want the audience to walk away from your session with major takeaways, use memorable, emotion-driven themes, and revisit them throughout your presentation.

There is no better speech to illustrate this point than Martin Luther King Jr.’s “I Have a Dream” speech.

To mix it up, some of “Hamilton’s” musical numbers are fast, some are ballads and some are different musical genres. The longest song is six minutes and 25 seconds, and it comes at the end of Act 1. Most of the musical numbers range from one and a half minutes to three and a half minutes. It’s no surprise that the “Hamilton” soundtrack was certified platinum six times by the Recording Industry Association of America (RIAA) and is the bestselling cast album of all time.

Jesse Jackson’s recitation of “Green Eggs and Ham” for “Saturday Night Live” is an excellent example of changing pace and pitch and introducing something new to engage the audience.

Stories are as old as fire, because the human brain is wired for story. It’s how we make sense of our world.

“Hamilton” has a lot of built-in appeal due to its story:

At its core, “Hamilton” tells a very engaging story. A poor, orphaned immigrant taps into his unique talent and writes his way off a small island to a better life. He marries into a wealthy family, plays a key role in shaping America and helps develop its financial system. He has a year-long affair and publishes the details of it for everyone to read. His son is killed in a duel, and he is killed in a duel by his longtime mentor and friend. And his legacy and his wife’s — speaking out on slavery, establishing the first orphanage in New York City and raising funds for the Washington Monument — lives on 230 years later.

It’s worth noting that delivering “award-winning” presentations does not happen overnight. Lin-Manuel Miranda performed “Hamilton’s” title track at The White House on May 12, 2009, and the musical opened off Broadway almost six years later, on February 17, 2015. Between its off-Broadway run and its Broadway run, Miranda cut several musical numbers, rewrote the ending and revised George Washington’s farewell number.

For your next presentation, how will you rise up? How will you be satisfied? How will you present like you’re running out of time? Do not throw away your shot! Use these five valuable lessons from “Hamilton.”

If you want the audience to walk away from your session with major takeaways, use memorable, emotion-driven themes. 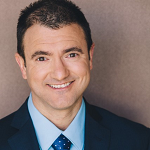 Rob Lynch is the founder of Lights Up Action Company, a presentation skills training company that teaches business professionals how to authentically connect, communicate intentionally with their stakeholders, and inspire confidence and trust.

Diversity is a Fact, Inclusion is an Act: 3 Steps to Building a Workplace for All Abilities

How Brain Science Can Change The Conversation On Bias, Diversity, Racism and Privilege