A Western consultancy eagerly receives a delegation from a Japanese investment company to discuss a potential new business project. The western company characterizes itself as “determined, dynamic and speedy” and expects the Japanese delegation to discuss the business at hand. But the Japanese delegation of junior staff talks about “trivial” topics, such as the weather. Both parties leave the meeting feeling dissatisfied and as though the meeting were a failure.

Ultimately, this introduction went wrong because of different expectations of the meaning of a first contact. Where the consultants wanted to be efficient from the first meeting, the purpose of the initial visit was a credibility assessment for the Japanese. It is standard Japanese business practice first to assess the environment and people of the company they visit and to proceed with the business at hand on later visits.

Rapid globalization over the past few years has resulted in record numbers of businesspeople who interact daily with individuals from significantly different cultures. This reality has created an acute need for employees, managers and, indeed, organizations, to become more cross-culturally competent in order to avoid awkward and potentially damaging situations.

To do business or develop good working relationships with people from different cultures, we need to know what makes them tick, what is important to them and why they behave in ways that seem strange to us. In other words, we must develop cultural intelligence (CQ). In particular, cognitive CQ is essential: knowledge about context-specific facts, such as social, economic and legal systems in various cultures. High cognitive CQ helps employees form more accurate expectations and makes them less likely to misinterpret behavior.

Before a cross-cultural meeting, do some research. Gain some knowledge about the culture of your business partner. It is amazing how many people visit countries to do business completely unprepared — and then are surprised when things quickly unravel!

A common problem in international relations is the misunderstanding that happens because of the belief that everyone speaks the “international language” of English. In fact, everyone uses English words with his or her own native meaning. As playwright George Bernard Shaw said, even the United States and United Kingdom are “two countries divided by a common language.” A lot of the time, we are not speaking the same language at all!

Before a cross-cultural meeting, do some research. Gain some knowledge about the culture of your business partner.

Understand That Everyone Has Different Meaning Systems

We interpret words or concepts in different ways depending on the knowledge structures we’ve internalized from our cultures. In other words, people act in a way that makes sense to them in the world they live in — in their meaning systems, which are sometimes called “frames of meaning.” Always check meaning when working with international partners, especially if they are from a very different culture.

Make Sure You “Negotiate Meaning”

In Anglo-Saxon cultures, a deadline was originally a cut-off point for delivery, and you were dead if you didn’t reach it. These days, while the consequences are less severe, the word indicates a set point in time by which you must complete something. However, “deadline” does not connote this strong cut-off point in many other cultures and languages, so confusion can arise.

An Anglo-Saxon contract is a piece of paper signed by two parties in which no one can change a single word once he or she has signed it. In Asia, however, you can change contracts and deadlines if circumstances change. There is a famous story of Japanese and Australian delegates negotiating a contract for sugar. When sugar prices dropped, the Japanese wanted to revisit the contract, and the Australians replied, “A contract is a contract.” This misunderstanding led to a great deal of unhappiness.

The solution to this issue is to negotiate meaning: What exactly does this word mean in the context of this particular project and contract? Good negotiators with high levels of CQ spend a lot of time agreeing on meanings before signing anything.

In fact, CCM classes should be a key element in any training program aimed at leaders or other employees who operate globally. At the end of the day, global employees need to have confidence, optimism and cooperation to build strong relationships and negotiate meaning across borders. They need to be able to constantly connect people, transfer knowledge, and develop locally and globally simultaneously.

It takes some time and investment to develop CQ — but to avoid a major cultural faux pas, it is definitely worth it.

Global employees need to have confidence, optimism and cooperation to build strong relationships and negotiate across borders. 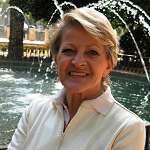 Marie-Therese Claes, Ph.D., is a professor of cross-cultural management at Louvain School of Management in Belgium, where she teaches in the Global Alliance in Management Education (CEMS) masters in international management program, a global alliance of 32 international business schools, 70 multinational companies and seven social partners. She is part of the CEMS Global Leadership Faculty Group.