A Brief History of Emotional Intelligence

Daniel Goleman, who published the book: “Emotional Intelligence: Why It Can Matter More Than IQ” in 1995, was the first to cause a significant stir and seize the attention of the general public around emotional intelligence. He received a lot of fanfare, and his concepts captured the notice of Howard Book, an organizational consultant influenced by the positive psychology movement. Howard Book met Steven Stein, who knew Reuven Bar-On, and Stein and Bar-On have studied EQ since the 1980s in an effort to understand the answer to two basic questions: What makes people successful, and what makes people happy.

There are basic EQ skills that anyone at any age can use to improve his or her emotional intelligence using basic cognitive-behavioral exercises. For instance, we can make so much progress when we focus on the positive instead of the negative. Major changes can occur in our lives when we focus on doing the work to improve our skills in the following areas:

When you are in an emotionally intense situation and you are having trouble controlling your emotions, there is something constructive you can do about it (instead of blurting out something you later regret). When you are in a meeting and you need to speak up and assert your opinion, but you have trouble doing so, you can learn to use your voice and offer your opinion in a meaningful and respective manner. Being able to present yourself this way will make you a more effective leader.

An effective leader is one who scores high in assertiveness, confidence and empathy.

An effective leader is one who scores high in assertiveness, confidence and empathy. You may imagine that most leaders score high in these traits, but in truth, not all do. It’s not that people who score lower in the skills are not accomplished leaders — they might be! But they are not as effective as they could be if they were well-balanced in each of these skills.

Confidence, or self-regard, is the ability to like and accept yourself — warts, farts, bumps, bruises and all. Assertiveness is your ability to take action, have initiative, and negotiate win-win contracts or agreements. Empathy is the ability to put yourself in someone else’s shoes and see things from their point of view so that they feel seen, heard and understood.

A lot of people misunderstand assertiveness, which is about communicating feelings and beliefs in a non-offensive way. Many executives are comfortable giving directives and indicating what they want done but sometimes fall short in communicating feelings in a non-offensive way. Often, that shortcoming is because they are lacking in their empathy skills. The way to interest them in developing this skill is the increased buy-in they will most likely receive from their direct reports as a result.

How can you develop these three skills and ACE your career? Start by answering these two questions: When you encounter a person with a viewpoint that’s different from your own…

Your answers to these two questions contribute to how understood, valued or acknowledged a person may feel in your presence. If your answer is “no,” start developing your empathy by asking others to share how they came to their viewpoint. Use reflective listening to repeat what you heard them say until you are right.

Developing your empathy can help you transform unconscious bias and foster diversity and inclusion, so it is critical to your leadership success. Without it, clients and employees may seek services or leave your team for an organization where they feel more welcome and appreciated. On the other hand, if you become more empathetic, you will also became more productive, profitable and personally fulfilled.

Want to learn more? Click here to register for next week’s TICE Virtual Conference: The Future of the Workforce, and attend Roberta’s session, “Creating the Workplace of the Future with Emotional Intelligence.” 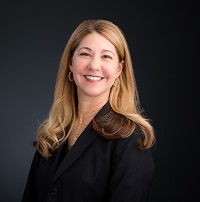