For most people, work is rarely just work. It’s a place where they form friendships, discover mentors and gain a sense of personal fulfillment. Research has shown that when employees have friends at work, they are more engaged, are happier in their jobs and perform better. Work friends are important (even for introverts like me).

But the coronavirus pandemic has made it harder to make work friends, especially for new hires who are starting virtually and have never met their team members in person. What’s more, many of the interactions that lead to work friendships (like group lunch outings, after-work drinks, movie nights and team retreats) have gone out the door. It’s just not the same sitting in front of a computer screen. Staring at new co-workers while staring at our own face isn’t natural.

Instead of taking time to build office friendships, we’re seeing our calendars crammed full with more virtual meetings than ever before, and pushing aside social interactions is having a real impact on the business. In a new Doodle survey, 24% of workers said the pandemic has made them feel more isolated and less engaged, while for 16%, the pandemic has led to more impersonal interactions with team members, colleagues and managers.

If your company has had an epiphany about remote work since the coronavirus pandemic and plans to improve remote working as part of your long-term strategy, here are three ideas to help build better workplace connections when everyone is scattered:

Be More Present and Vulnerable

Being vulnerable and opening up at work isn’t comfortable for many people, but it’s important to realize the power of emotional connections in the office. Whether you’re bonding over a common pet peeve (people who let their dog jump on you in the elevator — “Rufus is just being friendly!”) or your mutual disgust for certain foods (eggplant), being vulnerable breaks down some of the walls that exist in the workplace, helps you find common ground and makes it easier to relate with one another in a more human way.

Often, people think they have to be perfect — or at least give the impression that they are. This belief has a lot to do with the negative connotations often associated with vulnerability. In a blog post for Psychology Today, psychologist and philosopher Robert D. Stolorow wrote, “It is pervasive in our cultural meaning-making to equate vulnerability–whether physical, emotional, or existential–with something shameful, an abhorrent weakness to be kept hidden and evaded, or counteracted through some form of reactive aggression and destructiveness.”

So, when you have your next virtual one-on-one meeting with a colleague or your boss, skip the surface niceties, and be yourself. It doesn’t have to be a huge reveal or something life-shattering. Start with something small that shows a bit more of your true self. It’ll go a long way toward building trust and forming a genuine relationship.

Most people have a group of people they engage with at work — usually team members, people from other departments whom they collaborate with regularly, heads of departments and the executive team. But there’s a lot of people within the company who don’t regularly interact with each other and, in some instances, have never even met or spoken to each other.

We’ve recently started using an app to connect people from different teams who might not necessarily engage with each other in their roles. For example, one of the marketing team members has a holiday trip planned to Tuscany, Italy, and in one of her recent app conversations with a colleague from the product development team, they discovered that they will be missing each other by two days in their Italy adventures. Meanwhile, another team member was paired up with one of our customer support representatives in the U.S., and they bonded over their mutual love of London and British accents.

Small initiatives like this app can have a tremendous impact on employee engagement and retention. Plus, they can help thaw some of the impersonal interactions the Doodle study found people are having at work.

Listen Actively, and Offer a “Safe Haven” of Support

According to a Salesforce report, employees who feel their voice is heard in the workplace are 4.6 times more likely to “feel empowered to perform their best work.” For employees, feeling heard is about having the psychological safety to speak up and voice their needs and challenges without being judged, criticized or penalized. If the person on the other end isn’t actively listening, employees will likely shut down and be less motivated to do great work, because they don’t feel supported.

Active listening is giving your complete, intentional focus to what someone says, rather than what their words literally mean. The late auto executive Lee Iacocca said it best: “Business people need to listen at least as much as they need to talk. Too many people fail to realize that real communication goes in both directions.”

You don’t have to be Lee Iacocca to recognize the power of active listening and its role in employee engagement and retention. According to a Psychology Today blog post, York University graduate student Faye Doell’s 2003 dissertation found that people who “listen to understand” have more satisfying relationships.

That’s all the proof you need.

Feeling heard is about having the psychological safety to speak up and voice their needs and challenges without being judged. 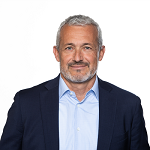 Renato Profico is the chief executive officer of Doodle.

How to Develop Effective Training Videos Your Organization Will Love: Part Two