“Wow! I’m so excited about my performance review,” said no one … ever! Well, not many, anyway. For many leaders, performance reviews are as exciting as a trip to the dentist – costly and painful. Just look at articles from Bloomberg or author and employee engagement expert Kevin Kruse.

Why aren’t performance reviews the development tool we need them to be? Here are six reasons.

Having valuable conversations does champion and support people and help them improve. It’s just that the formal performance review process may not achieve this goal.

Having valuable conversations champions and supports people and helps them improve.

The History of Performance Reviews – and What We Know Now

The concept of performance management was introduced about 60 years ago as a means to determine the wages of employees based on their performance. In the late 1980s, however, employees started being motivated more by learning and skill development than by financial gain alone. From there, performance management started moving into more frequent monitoring and reviews, with a focus on regular feedback outside the formal review process.

We are now seeing an emerging trend in high-performing organizations where all employees, not just leaders, are being taught to give feedback and to receive feedback with equal candor and grace. Those organizations are in “feedback flow,” but there are far too few with this competitive edge.

Performance reviews require a great deal of preparation and time. Deloitte reported in Harvard Business Review that appraising its 65,000 staff took two million hours each year. In an article from The Australian, Expedia’s executive vice president for human relations said the company changed its performance management system because it wanted to “rehumanize” the relationship between employees and bosses. In a recent PwC survey conducted in Australia, 81 percent of companies reported that their performance management systems were only “somewhat effective” at achieving their goals.

Adobe estimated in 2012 that its annual performance reviews were costing them 80,000 hours of managers’ time each year – the equivalent of 40 full-time employees. After changing its performance review process, surveys revealed higher employee engagement and retention and stronger performance management.

Increasingly, high-performing companies are ditching performance reviews in place of feedback cultures and regular check ins. Adobe led the way and was soon followed by Juniper, Accenture, Microsoft, Deloitte, Zappos, Expedia, Dell and GE. It’s no surprise these companies attract the best and brightest, as they provide the feedback employees need and deserve, and those employees are improving themselves and overall productivity as a result. In fact, Gartner’s 2012 employee engagement report found that when informal feedback is delivered well, it can improve productivity by nearly 40 percent.

Why don’t we implement powerful feedback cultures? There are four main reasons:

Nelson Jackson said, “I do not believe you can do today’s job with yesterday’s methods and be in business tomorrow.” He was right. Performance reviews shouldn’t be the focus but a process.

Getting rid of them is not black and white.

While performance reviews often fail at engaging, motivating and improving our team members’ performance, getting rid of the reviews is not the solution. You can improve performance reviews, rely on them less and change their focus, but first, you’ll need commitment from the business to become more focused on day-to-day conversations.

If your organization wants to remain not only competitive but ahead of the game, move into the future and make feedback part of your everyday – part of how you flow. Creating a feedback flow is how competitive organizations create happy, productive, fully engaged employees and customers. 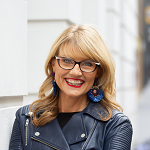 Georgia Murch is an expert in embedding feedback cultures in teams and organizations. She is the best-selling author of “Fixing Feedback” and “Feedback Flow” and a sought-after keynote speaker. Visit www.georgiamurch.com, or email Georgia.