What do you do about that one employee — the one who is smart and capable but whose behavior is a problem and doesn’t meet your expectations? Do you call them out? Warn them? Micromanage them?

Maybe, the most effective response is to see their gifts.

Your gifts are what you were born to bring into the world. While talents and abilities can be developed, gifts are inherent; they are a part of who you are. Ironically, bad behavior can often be a sign of a gift that’s trying to come out — a person’s underlying desire to be seen and recognized. Often, people behave well and comply with rules to please others or meet their expectations. While good behavior satisfies others, it’s not always a reflection of a person’s true self. Bad (or non-compliant) behavior, however, is unfiltered. It’s often a more accurate expression of gifts, because the person is not trying to comply.

When I first met Cathy, she was about to fire Jack because he wasn’t making his monthly quotas. After trying everything, she turned to me for help. We discussed Jack’s gifts. In her frustration, she saw none, but after calming down, she reflected on why she hired him.

As a technology sales representative, Jack uniquely cared about others and built lasting relationships where clients asked for him by name. He also helped co-workers who were struggling to solve clients’ problems and empowered them so they could solve them on their own. With these assets in mind, Cathy realized that forcing compliance would punish his gifts. Instead, she redirected them. She asked him to create a training manual to help others do what he did best. He agreed, and the results were exceptional.

The department had a new training manual, and Jack ended up training the team (another gift Cathy discovered). Together they built a “gift-centered” culture where people feel that they belong. Productivity and retention improved across the board, and, by using his training manual, Jack started making his monthly quotas. For three straight years, the department achieved record-breaking customer retention, and Cathy was promoted from a director to a general manager.

How can leaders create a gift-centered culture like Cathy did? Here are four strategies:

Leaders can start by observing — which is different than watching. Watching leads to looking for what’s wrong, while observing enables us to be curious. Observing through a lens of curiosity helps us see actions that point to gifts.

Cathy saw Jack’s caring for others as a gift of compassion and his ability to resolve issues as a gift of problem-solving. When leaders see people’s gifts, they know how to position them in the organization so they flourish, motivate them so they’re inspired to be their best and guide them in projects so they excel.

Watching leads to looking for what’s wrong, while observing enables us to be curious.

Praise the Gift, Not Just the Right Action

Praising a correct action is not the same as praising someone’s gifts. When Cathy saw Jack empowering others to learn, she praised his gift (training) and its impact on the team. Jack could then see an opportunity to train the department.

Effective managers give their team members more positive feedback than negative feedback. Praising an action leads to repetition of the action, and praising the gifts behind people’s actions encourages them to use those gifts in additional ways. When leaders see people’s gifts, those people feel validated for who they are and are motivated to contribute in sometimes surprising ways.

Redirect Rather Than Punish

When people veer off track, punishing them often means punishing their gift. Instead, leaders can redirect their gifts so they find better ways to use them. Staying calm and grounded when evaluating behaviors is key. Research shows that practices such as walking, breathing, meditation and yoga can reduce stress and provide greater clarity.

If leaders react when they’re triggered, they’ll punish the employee’s gift. But if they ground themselves, they’ll be able to redirect that gift, and opportunities will unfold that will help create a culture where people feel like they belong to something special.

Hold People Accountable to Their Gifts

When someone goes off track, it’s easier to lecture or reprimand him or her. However, people typically become defensive with this approach, and they stop listening. Holding them accountable to their gifts affirms them. Then, it’s not a personal attack.

“Jack, you’re so compassionate with others. When Judy said you became upset while training her, I was surprised. What happened?”

With this question, Cathy is acknowledging Jack’s gift of compassion while pointing out how he is not living up to it. Now, a learning conversation can unfold, in which Jack’s gifts become a portal for Cathy to coach him, develop him and hold him accountable when the opportunity arises.

When leaders see gifts in bad behavior, employees can become part of the solution rather than the problem. As a result, misbehavior is an opening to honor and see them for who they are and surrender to their unique gifts, so they live up to their full potential. Now, that’s good news!

When leaders see gifts in bad behavior, employees can become part of the solution rather than the problem. 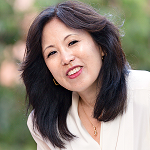 As a recognized expert in working with millennials, Susan Inouye has helped leaders in over 600 companies in 40 industries — from small businesses to Fortune 500 companies — to increase productivity levels by engaging and motivating this generation of unique talents. An expert in executive coaching, leadership development and organizational change, she is the bestselling author of “Leadership’s Perfect Storm: What Millennials Are Teaching Us About Possibilities, Passion and Purpose.” Susan is also the recipient of The Congressional Award for Contributions to the Community.