Coaching employees is not what it used to be. In response to the demands of the knowledge economy, workplace coaching is no longer about giving directions; it’s about helping employees take ownership. Yet few managers know how to do that. Out of habit, many continue to use an outmoded model of coaching.

LifeLabs Learning research has shown that the single most important characteristic that differentiates exceptional coaches from the others is their questioning skills. In other words, they default to a mode of deliberate curiosity, instead of telling people what to do. By asking more questions, coaches are able to:

So we know questions matter, but which questions count most? To simplify complexity, you can boil the coaching process down to four fundamental categories called the SOON funnel: questions around success, obstacles, options and next steps.

The benefit of using this coaching model is that it allows you to structure your conversation and achieve results in a timely manner (as quickly as three to five minutes).

The single most important characteristic that differentiates exceptional coaches from the others is their questioning skills.

When it comes to coaching, research shows that thinking about possibilities stimulates greater learning than focusing on problems and weakness. However, it is the opposite of what most people do. A question like, “What does success look like?” simultaneously opens up possibilities and narrows the focus for the person being coached. It also helps him or her create milestones for progress and increases the likelihood of ownership.

Once you have defined your end goal, the next step is to outline what is preventing you from reaching it. Asking this question allows you to unearth and prioritize the challenges that are preventing success. Usually, there is more than one challenge, so understanding what they are and how they interact is essential for making a diagnosis.

Notice with this step that you are not looking for just one option; you want to move away from the fixed mindset that there is only one solution to a given problem. There are usually multiple solutions, and often, our first idea is not the best one. This is true for coaching as well as other types of problem-solving. Research shows, for example, that above-average negotiators identify five different options before the negotiation begins. This approach increases their creativity, flexibility and rates of success.

Now that you and your coachee know where you want to go, understand what is preventing you from getting there and have explored different possibilities for addressing those challenges, you need to funnel the coaching conversation down to actionable next steps. Doing so allows you to clarify, measure and track your progress. Asking about next steps is also designed to engender a sense of optimism and control (what psychologists call self-efficacy).

“Next steps” questions include:

Aside from helping you drive results, the SOON funnel will also help you cultivate better relationships. By asking authentic questions, you can give people your attention, trust and respect. So, the next time you sense a coaching opportunity, default into deliberate curiosity, and achieve results sooner rather than later.

By asking authentic questions, you can give people your attention, trust and respect. 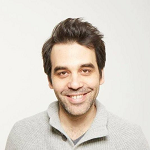 Roi Ben-Yehuda is a trainer at LifeLabs Learning, the go-to learning and development resource for the world’s most innovative tech companies (like Etsy, Twitter, Lyft, Reddit, and Warby Parker).

4 Ways To Personalize Your Learning Experiences