One of the greatest inhibitors to personal growth in the legacy workplace is the fact that we hold singular fixed roles. Being rooted in one function with a standardized set of accountabilities inhibits our ability to develop different skills in different contexts. It’s not uncommon to work the same job for multiple years before a new role presents itself. This limits the potential of both the individual and the organization by reducing our ability to optimize the distribution of skills and interests against opportunity. In the structure dimension we talked about moving from one to many roles by atomizing our job titles. Shifting to a “role mix” enables us to pick up and put down roles as we grow.

And this leads to dramatically more interesting career paths. Instead of one grand promotion that changes everything, roles become a currency for learning and impact. People go where they will learn the fastest and contribute the most. To make this real for your team, start by asking everyone to articulate the role(s) they’re already playing—including the role name(s), purpose(s), and general accountabilities. Have everyone evaluate which roles they want to continue to play and which ones they’re ready to hand off. Next, give your team the responsibility to create, modify, and remove roles going forward. From here on out, every team member will be responsible for their own role mix, and every team for the roles within it. Of course, you’ll have to decide whether roles are filled by appointment, election, or two-way negotiation, but that can be done on a role-by-role basis. And if you’re starting to wonder how you’ll compensate members in a system such as this, don’t worry: that domain is coming up next.

Traditional performance management is anything but People Positive, and it’s incoherent when it comes to developing mastery. Reviewing someone’s performance annually from a single perspective and ranking them with a number or grade . . . I mean, where do I begin? The time frame is woefully inadequate as a feedback loop. Anything said in that meeting should have been shared far sooner. What’s more, reviews are extremely time-consuming. According to one study, the average manager reported spending up to 210 hours preparing for and doing appraisals annually. And worst of all, these processes make employees spectators in their own development. It’s disempowering, and we’ve known better since McGregor argued for employee involvement in the 1950s. And of course there’s the issue of separating individual performance from team performance that is inherent in processes such as this. Should a member of a subpar team who has strong personal performance receive a good review? What does that even mean? Many organizations, such as Adobe, Gap, and IBM, have gotten hip to all this in recent years and abandoned the annual review process in favor of more frequent and inclusive processes. Real-time feedback from our leaders and colleagues is great, but there’s also value in stepping back for a broader perspective. Here’s an approach to balancing both that puts the person seeking feedback in control:

Traditional performance management is anything but People Positive, and it’s incoherent when it comes to developing mastery.

If engineers don’t sit with engineers . . . if senior marketers don’t manage junior marketers . . . how will they learn their craft? This is common question that surfaces when we move away from functional silos to functional integration. The answer is pretty obvious: members who share a common practice or interest should get together regularly with the express purpose of sharing and learning from one another. If our structure is optimized for value creation, then we don’t want UX designers spending every waking moment together, but we don’t want them to be strangers either. Encourage the organic formation and stewardship of communities of practice or interest. Spotify, for example, calls groups dedicated to a specific discipline, such as software testing, chapters; groups that share a common interest, such as sustainability, guilds. Each one meets on its own rhythm and format, and each one is facilitated by one or more members who have expertise in that area and/or feel called to community. Moving in this direction is as easy as sending a calendar invite:

Sustainability Meetup / THURS @ 4pm / Come if you want to chart a path for how we can go carbon neutral in the next 90 days!

UX Community of Practice / WEDS @ 9am / Anyone with a role or interest in UX come and share questions, learnings, and advice!

A certain level of maturity and competence is required to participate effectively in an Evolutionary Organization. Members who lack self-awareness or self-confidence may struggle with self-management. If you’re not able to be vulnerable, radical candor can be too threatening. It’s a shock to the system even for those of us who think we’ve mastered our egos. If you’re not clear on your own talents and purpose, self-direction can seem overwhelming. Everyone’s always told me what to do, and now I have to decide? That’s why it’s important to view OS change as a continuous unfolding. One practice leads to another, and we build mastery through repetition. Start where you are, not where you want to be.

The following questions can be applied to the organization as a whole or the teams within it. Use them to provoke a conversation about what is present and what is possible.

This article is an excerpt from “Brave New Work: Are You Ready to Reinvent Your Organization?”, published in February by Portfolio.

Provoke a conversation about what is present and what is possible. 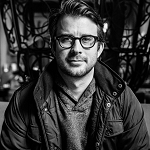 Aaron Dignan is the founder of The Ready, an organization design and transformation firm that helps institutions like Johnson & Johnson, Charles Schwab, Kaplan, Microsoft, Lloyds Bank, Citibank, Edelman, Airbnb, Cooper Hewitt Smithsonian Design Museum, and charity: water change the way they work. He is a co-founder of responsive.org, an investor in purpose-driven startups and a friend to misfit toys, and author of “Brave New Work: Are You Ready to Reinvent Your Organization?”