Psychological safety has received a lot of press in the last couple of years, thanks largely to Google, which has done exciting research into what makes teams effective. Pioneered by Amy Edmonson of Harvard Business School, psychological safety seems so intuitive and accessible that managers and teams have been quick to seize on it without always understanding what’s involved.

Psychological safety is a shared experience. Team members must also be accountable for it.

Imagine a team that is experiencing a lack of psychological safety, even though every team member believes they are doing their best to promote the right climate. The problem, according to a few team members, is one of their colleagues, Sally. According to her peers, Sally isn’t as forthcoming or contributing as much as everyone else. In addition, she’s not approachable, preferring to keep to herself. Therefore, team members aren’t feeling safe around her. In their eyes, the lack of psychological safety is Sally’s fault. Is it possible that psychological safety is a shared accountability, but a lack of it can be ascribed to one person? That doesn’t seem right – and it isn’t.

Thoughts and emotions like psychological safety are internal, personal phenomena. When a team member attributes their lack of psychological safety to someone else’s behavior or personality, they are surrendering their innate power, relinquishing control over something – their feelings – that only they control. Sally’s actions may influence how her teammates feel, but she can’t be responsible for their reactions to her. Only they can. What’s more, blaming Sally and waiting for her to change (or leave) keeps the team in limbo.

The easy answer would be for the team leader to intervene, to give Sally feedback and coach her to change. It turns out, though, that Sally, a strong introvert, is highly capable but prefers not to talk much about her work or accomplishments. Her manager, when approached by concerned team members, asks them to address their concerns directly with Sally. It’s the optimal choice.

Remember, it’s not who’s accountable, but how you enact accountability, that’s important. Doing it right requires some psychological sleight of hand. To create psychological safety in a group, each team member must act as if it’s his or her individual responsibility to create it for the entire team. This sense of personal ownership leads responsible team members to act where action is needed. Operating from this “as-if,” you could expect one or more team members to approach Sally to discuss their concerns.

It’s not who’s accountable, but how you enact accountability, that’s important.

In what seems a contradiction, stepping into this as-if requires a willingness to feel unsafe and uncomfortable – the conversation with Sally probably won’t be easy. This riskiness seems at odds with the idea of psychological safety, but it’s not. A climate of psychological safety is the accumulation of many small acts of courage that eventually create a feeling of confidence in one’s peers. Team members know they can risk the uncomfortable or awkward and come out the better for it.

Psychological safety isn’t about team members feeling comfortable, nor is it exclusively a manager’s responsibility. It’s everybody’s job – but not in a vague way that allows people to hide in the crowd. A climate of psychological safety is one where every individual feels personally responsible for the overall climate of the team. It takes root only when each team member cultivates the courage to take small, everyday risks with his or her colleagues, especially those who will make the team higher performing and foster a climate in which they can all thrive.

A climate of psychological safety is one where every individual feels personally responsible for it. 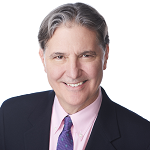 Carlos Valdes-Dapena is an author, speaker and consultant and the founder of Corporate Collaboration Resources, LLC, an organization effectiveness consulting firm. His new book, “Lessons from Mars: How One Global Company Cracked the Code on High Performance Collaboration and Teamwork,” was released this month.