Sooner or later, especially if you’re a team leader, you’ll be asked by your company to rate your people on their potential and by your team members to guide them toward ever-more-challenging work. How can you honor your company’s need to get the most from each person but not segregate your team into artificial and demeaning categories, such as HiPo and LoPo?

You can start by taking a trip to the north coast of Scotland. Imagine you’ve settled in a small village just outside Inverness and opened up a hot air balloon sightseeing business. You’ve done well, and your team has grown to five excellent hot air balloon pilots. One of them, Maureen, comes to you and says, “I love my current job, but I want to continue to grow. I want to stay challenged and round out my résumé, because I have more to offer. I think I want to become a glider pilot. Can you help me?” What do you say?

Instead, whether consciously or unconsciously, you ask her two discrete sets of questions that lead you away from generic potential and toward a more useful concept for helping you understand Maureen and help guide her career.

The first set of questions focuses on who Maureen is as a person. You ask, “What do you love most about your job right now? What do you love most about ballooning? Do you love the piloting part, the navigating part or the part where you show the guests the sights?” You ask what it is about being a glider pilot that she thinks she might enjoy. You might even ask her what her “perfect job” would look like. Each of these questions addresses who Maureen is as a person, what she loves, what she’s really into and what she yearns for in terms of her career. You’re being curious about what it’s like to be Maureen-at-work.

The second set of questions focuses on how she’s moved through the world thus far and what she’s picked up along the way. You ask about her current performance: how many trips she completes and how many guests she takes up in a month. You ask about her past performance: how long she’s been a balloon pilot, how many hours she’s logged, what her safety record has been and how often she’s able to put her balloon down within the designated landing range. Then, you look into her skills, not by asking about ratings and 360-degree assessment scores but by asking if she has all her certifications for hot air balloon piloting, whether she has extended this training to completing her giant hydrogen filled airship certification (in your mind, you might call this “the Hindenburg test”) and, of course, whether she has her glider pilot’s license. With each of these questions, you learn more about what Maureen has measurably achieved and learned.

From the answers to these questions, you discover, first, who Maureen is at work – her traits, inherent and enduring – not entirely unchanging, yet resistant to change. They are the loves and aspirations that are uniquely hers and that she carries around with her everywhere she goes. You can call them her mass.

Second, you unearth what she’s acquired as she’s applied herself in the world to move in a particular direction: her current and past record of performance and her tested certifications. Because she can change any and all of these things, they are states. But since they describe how she has moved through the world – how she’s done it, how well she’s done it, how quickly and in what direction. You can label them her velocity.

In physics, the name for the discrete, measurable, definable and directional thing that is produced when mass and velocity combine is momentum. In business, the same applies. Maureen has momentum.

By keeping these two ideas about Maureen – mass and velocity – separate, and by using momentum to describe their combination, you’re able to do many useful things to help her. First, you reject the apartheid of potential. The question “Do you or don’t you have potential?” exists to serve the (well-meaning but misguided) company. But it’s not helpful to you as a team leader, and it’s uninteresting and unhelpful to Maureen. It’s not a matter of whether she can learn and grow but how – and how efficiently and in what direction. Only certain people have “potential”; everyone has momentum. The question isn’t whether someone inherently possesses a lot of it or not. Instead, the question is how much momentum they have right now and where it’s taking them.

Second, you convey that the speed and trajectory of her momentum are knowable, changeable and within her control. When you talk to her about her momentum, you help her understand where she is at this moment in time, not so that she can be cataloged and categorized and put into one box instead of another but so that she can understand what paths are possible next. When potential is assumed to be a fixed, inherent quality, momentum is always in a state of change. If Maureen wants to speed it up or alter its direction, she can.

Third, you help her identify which parts of her current career are a function of who she is as a person – parts she will, therefore, likely bring with her, from situation to situation – and which parts are entirely situation-dependent, which she can change if she chooses to. This subtle and specific insight could prevent her from making an ill-advised career move.

Finally, understanding Maureen’s career in terms of momentum doesn’t just benefit her. It frees you from having to determine her entire future based on a fiction. 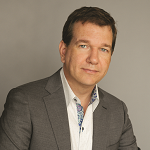 Ashley Goodall is senior vice president of leadership and team intelligence at Cisco and co-author, with Marcus Buckingham, of “NINE LIES ABOUT WORK: A Freethinking Leader’s Guide to the Real World” (Harvard Business Review Press; April 2, 2019), from which this article is adapted.