A group of engineers needed to hire a technician. Each engineer interviewed the same two job candidates on his or her own; then, the engineers met to discuss the two candidates and decide which one would receive the job offer. The senior member of the group, who made sure everyone knew he was a member of American Mensa (whose membership is contingent upon scoring highly on an intelligence test), said the best candidate, hands down, was candidate A.

Three of the remaining four engineers in the room agreed with the Mensa member without discussion. The last engineer, who had the shortest tenure with the organization, disagreed and explained why her choice was candidate B instead of candidate A. The Mensa member said his choice was still candidate A and asked if anyone else had changed his or her mind.

It’s easier to go along with an authority figure than to consider a dissenting perspective, especially from a newbie. When no one else changed his or her mind, they took a vote, and they made the job offer to candidate A. Within two weeks, they fired candidate A and hired candidate B — who worked as a technician until his retirement.

The team made the wrong choice because the team environment did not welcome different perspectives. This story illustrates groupthink: when a team makes a bad decision because the majority doesn’t want to question the judgment of an authority figure.

Why Do We Trust the Authority Figure?

We are inclined to trust the judgment of a qualified person when it comes to making decisions, which is why people who want their way in a meeting will make sure you know their credentials or other forms of authority. But when team members turn off their thinking during a meeting or don’t feel comfortable bringing up their perspective, the team’s performance will be sub-optimal.

Why Do We Turn off Our Thinking?

It turns out that the absence of cognitive effort is more common than you might think. In Daniel Kahneman’s book “Thinking, Fast and Slow,” he writes that more than 50% of students at Harvard, MIT and Princeton and more than 80% of students at less selective colleges gave the wrong answer to the bat and ball puzzle. The bat and ball puzzle has a simple answer that comes easily to the brain but is wrong: A bat and ball cost $1.10. The bat costs one dollar more than the ball. How much does the ball cost? The answer that first comes to mind is 10 cents, but the correct answer is 5 cents.

This puzzle is an example of the shortcuts the brain takes in everyday life. It uses shortcuts because there is more information coming into our brain through our five senses than we can think about at any given point in time. As a result, we think only when we really need to think.

Teams can make bad decisions because the majority doesn’t want to question the judgment of an authority figure.

The Importance of Team Environment

Team members need to think in team meetings, but environmental factors like an outspoken authority figure can lead to groupthink and bad decisions. Research shows that a diverse team with an inclusive environment produces better decisions, fewer mistakes and higher innovation than a more homogeneous team.

Environment is also an important factor in the degree of creativity a group expresses. The environmental factors that promote creativity in groups are the ones that encourage team members to think and participate in meetings. Researchers have found that the highest forms of creativity come from people who are working together rather than individuals.

While a good team environment will not stop behavior that is destructive to team performance, it can create the conditions for collaboration and creativity to take root. A collaborative team is more likely to listen to and understand different perspectives — behaviors that predict high team performance.

4 Ways to Improve Team Performance by Fostering a Collaborative Environment

Here are four recommendations you can use to improve team performance through a collaborative environment:

One environmental factor that increases collaboration is the ability for team members to see meaning in their work. Therefore, the first recommendation to improve team performance is to include a purpose on every meeting agenda that describes how the proposed outcomes of the meeting will benefit others.

According to Christian Byrge and Soren Hansen’s book “The Creative Platform: A Handbook for Creative Processes in Education and Worklife,” a second environmental factor that improves collaboration is a feeling of confidence in team member interactions. Therefore, a second recommendation for improving team performance is to establish norms to respect one another and to seek common understanding during meeting interactions.

A third environmental factor important to collaboration is focused attention on a common goal, which spurs productive thinking, according to Keith Sawyer’s book “Group Genius: The Creative Power of Collaboration.” Therefore, a third recommendation for better performance is for the team to discuss the goals on the agenda to identify the specific decisions to make or problem statements to address.

4. Include Diverse Knowledge and Personality Traits

A final environmental factor that supports collaboration is diverse knowledge and personality traits. There are several approaches to access the different knowledge and personality traits of team members, but at their heart are deep listening skills. Therefore, the final recommendation for teams to improve their performance is to conduct experiential exercises to improve listening as a group, such as the “Count to 20” game.

A team environment that promotes collaboration helps amp up performance by keeping thinking “turned on.” Going with what easily comes to mind can lead to errors like the responses to the bat and ball puzzle. Forgetting to consider the perspectives of all team members can also lead to bad decisions, like hiring the wrong person. A collaborative environment, on the other hand, unveils the diverse perspectives responsible for better decisions, fewer mistakes and higher innovation.

You can improve team performance by helping team members see meaning in their work, feel confident in interactions, focus their attention on a common goal and access diverse knowledge and personality traits.

Environment is also an important factor in the degree of creativity a group expresses. 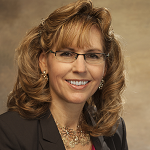 Dr. Valerie Patrick, president of Fulcrum Connection LLC, is a facilitator, leadership trainer and professional speaker. She is a chemical engineer with 25 years of corporate experience leading technical and strategic initiatives to identify and deliver new sources of organizational value at Bayer and Monsanto.