Alice leads a team of administrative assistants who used to work in the office together but now work from home. Over the last few weeks, she’s noticed something is wrong. She’s being copied on a lot more emails, which is adding to her workload. Her team members are asking her a lot more questions than they used to — questions that they could easily ask of their other teammates. It seems that her people don’t trust each other (or her) like they used to. What’s going on?

On any team, trust is critical. And, when we work apart from each other (even part of the time), it is more fragile and harder to build or rebuild than when we share a workspace. What Alice and her team are going through is all too common. The good news is that they can diagnose and address the issue with some thought, patience and hard work.

The first step is for Alice to understand how mistrust impacts a team: Work stops flowing smoothly. People become less willing to engage with their teammates or their manager. Gossip and other corrosive behaviors undermine morale and engagement.

Some signs are obvious: Inderjeet says she’d rather work with one person than another. Maybe Terry doesn’t believe Alice knows how hard they work, so he’s copying her on every email so there’s no question about his commitment. Bob discovers he’s no longer part of conversations he used to be privy to.

Other times, it’s harder to detect a lack of trust. One of the most insidious behaviors on a team is exclusion — “We won’t invite Bob to that meeting, because we don’t think he’ll add value.” It’s possible that neither Alice nor Bob will know there’s a problem until his exclusion becomes an issue.

Whether your team is located in the same place or not, the elements that create and maintain trust are the same. For trust to exist on any team, three factors must be present:

Working remotely, though, can complicate this already delicate process, because we are often left guessing why things happen or don’t.

Let’s say someone asks a question on Slack and needs a fast answer. If Bob answers right away and Terry doesn’t respond until the afternoon, it is easy to assume that Bob cares more. No one might make that assumption if it happens only once, but as time passes without seeing people and what they are doing, team members will begin to fill in the blanks with supposition, history and, sometimes, paranoia.

Gossip and other corrosive behaviors undermine morale and engagement.

It’s critical, then, to create an environment where people have the evidence they need to support trusting behavior. For a start, Alice and her team can exhibit these behaviors:

What you do is important, but when working remotely, it can help others to know why you’re acting that way. Telling someone you’ll answer his or her question when you are finished with a meeting is different than just waiting until you’re out of the meeting. When people know why there’s a delay, they aren’t imagining negative reasons.

Many people call it the “say/do ratio”: The more you meet your commitments, the more people will trust you. Then, when bad things happen, they’ll forgive you more easily, and you can maintain their trust.

When Alice’s team worked together in the office, they had constant reminders of how diligent people were. In meetings, someone might not speak often, but others could see him or her taking notes and showing interest. On virtual meetings, if people don’t participate, it can be difficult to judge their engagement. Participating in discussions, helping and being visible to your teammates goes a long way toward helping reinforce people’s trust in your abilities.

Helping Team Members Trust Each Other

As a leader, Alice sets the tone for her team. She can help people see the evidence they need during meetings by highlighting a team member’s contributions or recognizing good work. Rather than take all questions herself, she can help bridge gaps between team members by suggesting that they look to a teammate for answers.

Most importantly, if Alice is feeling a “vibe” that something is wrong, she shouldn’t just ignore it. Instead, she should ask questions to understand if there are real problems among team members.

With sufficient trust, teams like Alice’s can overcome distance and maintain a great working relationship. By helping people see the proof of purpose, competence and motivation they need, leaders can help keep the work going, no matter where people sit.

By helping people see the proof of purpose and motivation they need, leaders can help keep the work going. 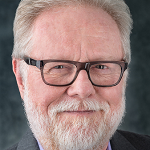 Wayne Turmel is the co-founder of the Remote Leadership Institute and author or co-author of seven nonfiction books, including “The Long-Distance Leader” and “Meet Like You Mean It.”