What is the best-performing team you were ever a member of, and what attributes made that team so successful?

I have asked countless people around the world this question, and a clear pattern has emerged. Consistently, one-third of the answers relate to functional attributes, and two-thirds relate to relational attributes. This consistency leads me to observe that the best-performing teams, consciously or unconsciously, invest in the relational side of teamwork.

One-third of the specified functional attributes are related to the intellect. These rational attributes are the firm conditions required for implementing the fundamental starting point of “teams exist to achieve results.” In order to achieve business results, leaders have to design these core elements. Among other things, the best-performing teams:

If a team only fulfills the functional attributes, it will never become a high-performing team. Teams require other qualities, and these attributes have an emotional origin. After all, teams consist of people, and putting people together creates an emotional dynamic, which contributes to the creation of a powerful connection and collaboration, leading to business results (or not).

The best-performing teams collectively share and celebrate successes of both the group and its individual members.

What Makes a Dysfunctional Team?

In theory, the easiest issues to fix are related to the functional attributes, which teams can resolve using rationality and the intellect: Analyze the issue and the root cause, come up with alternatives, choose and implement a solution, and evaluate and adjust if needed. Teams can use either a sequential or an agile approach; either way, it’s a logical cycle using the leader’s and team members’ intellect and logical brain.

The complicating factor in resolving these problems is the people who must collaborate to come up with a solution. In an ideal world, where team members have strong interpersonal connections, they listen to understand and come from a positive intent to build on each other while respecting diversity in thinking, background, experience and so on. And politics or personal preferences are no driving forces. This will lead to implementable solutions.

Unfortunately, this ideal situation is not a given. Interpersonal and cultural issues, differences in work and communication style, personal interests, and other factors impact team dynamics. Therefore, even while working on the functional issues, the team still needs to have strong relational attributes, so energy flows and team members feel connected. Such an atmosphere of understanding and trust transforms the team and boosts its results.

Address Problems With the Relational Attributes

The starting point for addressing issues with relational attributes is not “They should change their behavior.” It’s easy to blame other team members while discharging yourself because your intention was positive. But what would happen if you flipped your thinking around — if, from now on, you judged yourself on your behavior and the other person on his or her intentions? That mindset shift, by itself, would already resolve some relational issues.

In short, the real starting point for “fixing” relational issues is to have an inward-looking mindset and grow yourself as a leader rather than primarily expecting someone else to change their behavior.

When it comes to creating high-performing teams (or moving away from being a dysfunctional team), the functional and relational attributes are equal. Paying less or no attention to one type of attribute will immediately create problems within your team. If, for example, you don’t create enough clarity about rational attributes, such as goals, tasks and procedures, questions about the direction and the functional side of the collaboration will arise. If you pay insufficient attention to emotional attributes such as trust, respect, diversity and transparency, the collaboration will immediately become less sincere.

What is your answer?

The real starting point for “fixing” relational issues is to have an inward-looking mindset and grow yourself as a leader. 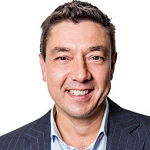 Marco Buschman is a leadership expert, inspirational speaker and master certified coach. He specializes in facilitating and supporting organizations in creating best-performing cultures where results and productivity are combined with an atmosphere of trust, respect and appreciation of differences. You can order his book “The Connection Quotient” online.

3 Ways to Elevate Your Influence and Impact as a Leader

Lattice Triples Valuation to $3B, Raises $175M in Series F Funding Round