Imagine you went to the doctor with a mild cough, and, out of an abundance of caution, he ordered a chest X-ray and, when he received the images, saw a disturbing black spot on your lung. Two days later, he called you and wasn’t in the right mind space to deal with a tough conversation, so he told you everything looked OK. You’d hang up the phone blissfully unaware of the true diagnosis.

This scenario plays out metaphorically in businesses every day. When leaders withhold honest feedback, employees have no clear warning signs so that they can treat what’s ailing them. In many cases, if they worked on that ailment, they would make a miraculous recovery. But without careful attention, an employee’s flaw can easily metastasize into career mediocrity or, worse, perpetual underemployment, underachievement or unemployment. It’s leaders’ responsibility to tell their employees about their performance, but mixed messaging — or flat-out omissions — have generally replaced direct dialogue and tough conversations in the workplace.

The Impact of Avoiding Feedback

Several years ago, I saw this problem firsthand while coaching “Ina,” a senior executive at an international bank. The bank’s head of human resources (HR) told me that Ina’s position at the bank was essentially on life support. She had lost the trust of both the chief executive officer (CEO) and the chief financial officer (CFO) because she was unable to communicate her investment theses authoritatively or persuasively. The head of HR brought me in to help her improve her communication skills. I noticed that she spoke without conviction, she did not make eye contact while making an important point and her overall demeanor showed a lack of confidence.

After our first session, I realized that Ina thought I was a bit of an annoyance. In her mind, the bank just thought she could use a little improvement; she didn’t realize her job was in danger. After a few months, I returned to the person who hired me and told her that she was wasting her money, because Ina was not serious about the coaching and the changes she needed to make. About a year later, the CEO told me that the bank was “consolidating” and that Ina’s position would be “eliminated” due to a structural cost-cutting. Then he winked at me as if to say Ina was fired without being told as much.

Last I heard, Ina hadn’t been able to find another job in the banking industry, partly due to ignorance of her flaws.

As far as I’m concerned, the failure wasn’t entirely Ina’s; it was largely her company’s. Ina was a decent, hard-working, well-meaning person who was good at the technical skills her job required, but she was clearly failing at winning the hearts and minds of her colleagues. Her bosses didn’t care enough to give her an honest assessment of her performance, and her HR director didn’t have the nerve, the interest or the incentive.

When leaders withhold honest feedback, employees have no clear warning signs so that they can treat what’s ailing them.

This mentality of avoiding honest feedback doesn’t just wreak havoc on specific individuals; it also has a negative ripple effect throughout an entire organization and its culture. When leaders “downsize” someone because they are deficient in some aspect of their job and it catches the person completely off guard, they send a message to everyone else in the company: You can’t trust the people you work for, the implicit “yeses” you’ve been hearing from your supervisors and in your reviews are neither accurate nor meaningful, and your leaders would rather avoid constructive conversations than give you honest feedback that will benefit you over the long term. That message will scare employees into a new mindset of unhealthy paranoia.

Unfortunately, neither of Ina’s bosses had bothered to tell her that they were dissatisfied with her performance, and she took their silence as a “yes.” She accepted HR’s offer for coaching because she knew she was supposed to, not because she wanted to. Had her bosses explained what was at stake, I’m sure she would have taken coaching more seriously. Rather than seeing me as a nuisance cutting into her precious work time, she likely would have made some relatively easy improvements in her communication style and would now be thriving (or at least gainfully employed).

Why It Happens, and How to Fix It

People — including leaders — are hardwired to avoid criticizing others. We have been raised to think it’s rude or arrogant to criticize. “People who live in glass houses shouldn’t throw stones” is one of the first proverbs we learn as kids. “No judgments” has gone from a bumper sticker to an ideology in many circles. But employees must know where they truly stand and whether they have any potentially dire weaknesses. It’s the only way for them to improve and grow in their careers — and avoid the dreaded euphemisms we use for being fired.

It’s up to HR managers and other senior executives to create a culture of candid feedback, where they acknowledge that it’s easy to fall into a trap of avoiding tough conversations and take concrete steps to encourage truthful discussions about where employees need to improve. One way to create this culture is to build it into performance reviews, requiring every employee to ask about what he or she can do better and requiring leaders to reply with two or three areas of weakness. This way, nobody will feel uniquely singled out for harsh criticism, and both the laggards and the leaders come away with something to improve.

Organizations can further encourage this type of behavior among smaller informal groups of people. If people are incentivized to ask others for feedback and the expectation is to receive some constructive criticism, then the organization can avoid at least the element of surprise and mistrust.

Employees must know where they truly stand and whether they have any potentially dire weaknesses. 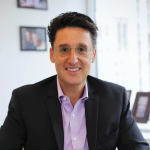 Steve Herz is founder of IF Management, president of The Montag Group, and a talent agent and career adviser. He is the author of “DON’T TAKE YES FOR AN ANSWER: Using Authority, Warmth, and Energy to Get Exceptional Results,” out today from Harper Business.